Compared with most lunch sandwiches, the lobster rolls Alex Robinson sells from the side of his blue Happy Lobster Truck in downtown Chicago were already pricey. So, he was worried customers would go elsewhere after he started charging $17 instead of $15 to cover higher costs.

Turns out, Americans still have a crush on the crustaceans, and many are more than willing to pay up. Even after the price increase this year, Robinson says he hasn't lost any business. The 4 ounces (113.4 grams) of wild-caught Maine lobster that he drizzles with butter and a touch of mayonnaise on a bread roll remain his best-selling item.

"We haven't had anyone who said it wasn't worth it," said Robinson, who owns the truck. "Prices are going up, and it's still staying popular."

Four years after a glut led to the cheapest lobsters since the 1980s, prices on average are up 37 percent this year and the highest on record going back decades. While U.S. and Canadian fisherman have caught more than ever in recent years, output hasn't kept pace with demand. Exports to China surged, and American restaurants that got used to low-cost seafood have added lobster to spice up everything from soups and salads to macaroni and cheese.

"The market now is outstripping the supply," said Bernie Berry, president of the Yarmouth, Nova Scotia-based Cold Water Lobster Association, which represents fisherman in Canada. "I don't think we can catch enough lobsters."

Canadian claw and knuckle meat -- a common variety used in lobster rolls --averaged $28.31 per pound (454-gram) this month, up 7 percent from a year earlier and well above the 10-year December average of $17.85, according to Urner Barry, a Toms River, New Jersey-based researcher that has been tracking food prices since 1858. In July, the average reached $29.44, the most ever.

In the U.S., where most of the lobsters come from Maine, output last year was 146 million pounds (66,245 metric tons), more than any other country, according to data from the National Marine Fisheries Service. While that haul was below the record of 150 million pounds in 2013, it was 66 percent higher than a decade earlier, and the catch in each of the past four years has been well-above average.

While supply has improved, so has demand. Euromonitor International estimates American lobster consumption jumped 38 percent in the decade through last year. Canadian live lobster exports to the U.S., the biggest buyer, rose 11 percent to 31 million kilograms in 2015, government data show.

American lobsters -- particularly live ones -- have become a status-symbol food in Asia, including for the fast-growing middle class in China, said Geoff Irvine, executive director of the Halifax, Nova Scotia-based Lobster Council of Canada. Even after a plane ride half way across the world, North Atlantic lobsters have been a cheaper alternative to supplies from Australia.

Part of the reason demand is so strong is that, as recently as 2012, prices had plummeted to 30-year lows, the Urner Barry data show. Back then, big catches in the Gulf of Maine had created a glut, and supplies were outstripping the capacity of processors. The industry was successful in convincing consumers to eat more, and even with the cost increases of recent years, the crustaceans remain on many menus.

Consumers are interested in where their food comes from and are willing to pay more for protein that's considered sustainable, said Matt Jacobson, executive director of the Maine Lobster Marketing Collaborative in Portland, Maine. Instead of using just the lobster tail, restaurants are now using knuckle and claw meat in everything from bisque to tacos.

"Every day someone else is offering a lobster roll," Jacobson said. "It's an affordable luxury." 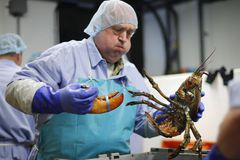 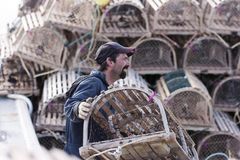 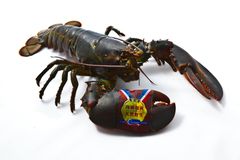