Sales of minivans are dwindling in North America, but they're still a big deal at Pothier Motors Ltd. – and an even bigger deal at the auto maker that supplies the Falmouth, N.S., dealership.

The redesigned model will be introduced at the North American International Auto Show in Detroit on Jan. 11.

"It's going to be huge for them," said Mr. Pothier, who is president of the Chrysler Dodge Jeep dealership. His store sells about 100 to 125 new Dodge Grand Caravans and Chrysler Town & Country models annually, representing about 20 per cent of Pothier's annual new vehicle sales.

That's the same share of new vehicle sales the minivans represent for FCA Canada. The Town & Country and Grand Caravan outsell the entire lineup of Chrysler, Dodge and Fiat passenger cars by almost two to one.

The Grand Caravan on its own is the second-best-selling vehicle in the auto maker's lineup after the Ram pickup, even though the company's minivan sales have fallen 10 per cent this year.

Spending $2-billion to upgrade a vehicle whose sales have fallen in a segment that has also slumped might normally be considered folly, but minivans have been one of the flagship vehicles for Chrysler since Lee Iacocca, the legendary chief executive officer of Chrysler Corp. at the time, drove the first one off the line of the Windsor Assembly Plant in 1984.

A decade later, the auto maker added a third shift to the Windsor plant and the factory has been rolling at full tilt since then – with the exception of a temporary shutdown when Chrysler LLC was in Chapter 11 bankruptcy protection in 2009.

Chrysler has held the lead in the segment by continually offering features that kept it ahead of the competition, notably the first driver's side sliding door on a minivan in 1996.

Industry sources said one of the innovations on the 2017 model will be foot-activated sliding doors and rear liftgate.

The auto maker has said there will also be a hybrid version of the vehicle.

The Chrysler twins combined lead the minivan segment in both the U.S. and Canadian markets, but the numbers are working against them. Minivans grabbed 7.4 per cent of the U.S. market in 2000 and nearly double that at 14.5 per cent in Canada, where the vehicles have always been more popular.

In 2015, minivan market share slumped to 2.8 per cent in the United States and 4.5 per cent in Canada amid soaring sales of crossovers, which have some of the utility of minivans, but none of the stigma.

"There's a demographic cohort that really do view minivans as a great value, as a people mover for the family," Mr. Phillippi said.

He points to his own daughter, a mother of three children, whose family owns a Honda Odyssey minivan and a Ford Explorer crossover.

"There's a soccer game or tournament for each kid virtually every weekend fall and spring," he said. "Being able to haul all their stuff, coolers, it's a lot easier in the Odyssey than in the very trendy-looking Ford Explorer."

The original plan for the redesign of the Chrysler minivans was to replace both of them with a single model, the Town & Country. But the Canadian and U.S. markets differ.

Sales of the models are about even in the U.S. market, but Canadians bought 46,927 Grand Caravans last year, compared with 9,001 Town & Country models.

Mr. Pothier said he keeps just one or two Town & Country minivans in stock in Falmouth, compared with about 30 Grand Caravans.

So Canadian dealers have urged the auto maker to retain the Dodge Caravan name and the less expensive version of the vehicle in Canada.

"I do not sell a lot of Town & Country [models]," said one Chrysler dealer in Western Canada. "The customer profile we sell Caravans to are not going from the yacht club to the private golf club." 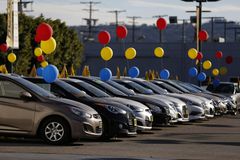 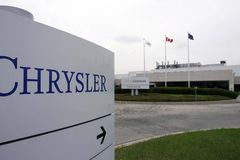