Car buyers are increasingly taking out car loans with extended payback periods, a worrisome trend that is putting consumers at risk.

The Financial Consumer Agency of Canada (FCAC) issued a warning Tuesday, saying in a report that many Canadians now have loans on new cars that won't be paid off for eight or nine years, up from the traditional five-year car loan.

One key problem with this trend, the agency said, is that many car buyers are still getting a new vehicle every four years or so, even when they haven't paid off their current car. They roll what is owed on the earlier vehicle onto the loan for the new one.

In 2015, 30 per cent of consumers had so-called negative equity when they traded their cars – meaning what they owed was more than the value of the vehicle. That's up from 20 per cent in 2010.

More broadly, these longer-term loans, coupled with more frequent payments, have created a "false sense of affordability" in the current low-interest-rate environment, said Lucie Tedesco, the FCAC commissioner. Essentially, the longer-term loans encourage people to spend more on cars than they can afford, because they are focusing on the monthly payments rather than the overall costs. Longer terms mean loans are paid down more slowly, so overall interest costs are higher.

Longer terms boost risks, put some car buyers on a "debt treadmill," and in some cases "jeopardize their ability to keep up with their overall credit obligations," especially given the overall rise in consumer debt levels, Ms. Tedesco said at a press conference in Ottawa.

The federal agency also said long-term loans now make up about 60 per cent of the car loan portfolios of Canada's biggest financial institutions. Car debt has grown faster than any other kind of household credit, including mortgages.

The solution to this problem, the FCAC said, is for consumers to spend more time figuring out how much car they can truly afford, and to get competitive quotes on loans.

"We would like to see consumers take a little bit more of an active role when they finance their vehicles," FCAC deputy commissioner Brigitte Goulard said in an interview. "We see too many consumers walking into dealers, and being a bit of a hostage to the question: 'How much do you want to pay per month?' That's the only thing they look at."

The agency will also ask banks to be more diligent in clarifying for car buyers the total cost of financing, making sure that consumers get a concise upfront summary of those costs.

Any more substantive changes in lending rules would have to be implemented by the federal Department of Finance, Ms. Goulard said.

One further issue raised by the FCAC in its report, is that car dealers often act as the intermediary between a car buyer and the lending institution. Because lenders pay commissions to the dealers on these loans, car buyers may not be presented with competitive loan offers.

The FCAC is not the first institution to raise red flags about long-term car loans. More than a year ago, the Bank of Canada expressed concerns about car loan terms becoming too long, and some banks have also said they were worried about the trend.

How to create tax relief for your car costs
March 3, 2016 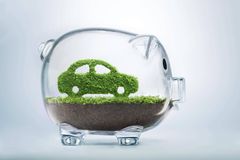 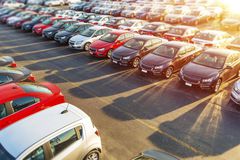 Canadians are paying their bills while piling up debt
December 1, 2015