Environmental activists have launched a suit in the Federal Court of Canada to overturn federal legislation that limits their ability to oppose proposed pipeline projects at regulatory hearings.

In a lawsuit filed Tuesday, ForestEthics Advocacy and an activist named Donna Sinclair have asked the court to strike down provisions of the National Energy Board Act – passed as amendments in last year's omnibus budget bill – that they say unreasonably restrict public comment on project proposals.

The activists are taking aim at Enbridge Inc.'s plan to reverse a pipeline, Line 9B, that now runs from Montreal to southwestern Ontario, to connect with existing lines and ship western oil to refineries in Quebec.

The suit comes as TransCanada Corp. is gearing up for another major project – the $12-billion Energy East plan to pipe 1.1 million barrels per day of crude to Eastern Canadian refineries and export terminals.

Toronto lawyer Clayton Ruby, who is chairman of ForestEthics' board and is handling the lawsuit, said he will argue that the federal government deliberately and arbitrarily sought to limit the ability of oil-industry critics to have their voices heard before an appropriate public body. And as a result, its legislation infringes on Charter freedoms.

"The Constitution guarantees my right to free expression," Mr. Ruby said in an interview. "It's pretty clear that involves the right to appear before any board that calls for public submissions … And you cannot limit that freedom of expression in an arbitrary fashion."

He will ask the court to overturn the amendments. He will also seek an injunction to prevent the National Energy Board from making a recommendation to cabinet on Enbridge's Line 9B application until the constitutional challenge has been dealt with.

Under the legislation, the NEB will hear only from witnesses directly affected by the Line 9B project (which runs from Southern Ontario west of Hamilton, through Toronto's northern suburbs, and along Lake Ontario and the St. Lawrence River to Montreal) or from critics who have expertise of use to the board.

Natural Resources Minister Joe Oliver defended the changes, saying more than 95 per cent of those who sought to comment on the Line9 application were accepted.

"Focusing submissions ensures the review is informed by the facts material to the scope of the hearing, and protects it from being used as a tool to delay decisions," he said in an e-mailed statement.

Participants in the Line 9B applications had until Tuesday to file their written submissions after being required to fill out a 10-page form to qualify as intervenors. Mr. Ruby said thousands, even millions, of Canadians could see their drinking water contaminated in the event of a major oil spill from the line, and the rules arbitrarily prevent them from being heard. Ms. Sinclair, a writer and activist from North Bay, Ont., who has family in Southern Ontario, was refused standing.

ForestEthics was granted intervenor status but is challenging the NEB rules that prevent a consideration of the environmental consequences of extracting the crude oil that will be fed into the line. Activists have long urged the board to consider the climate-change impacts of building pipelines that will enable a major expansion of the carbon-intensive oil sands.

As ForestEthics attacks the constitutionality of the regulatory proceedings, Montreal-based Equiterre has submitted an expert analysis of the project that concludes the pipeline will be at risk of rupture due to cracking and corrosion.

The U.S. expert, Richard Kuprewicz, also slammed Enbridge's safety systems. Enbridge spokesman Graham White said the company will respond to Mr. Kuprewicz's critique during the NEB hearings, but defended its safety procedures, saying they have been significantly upgraded since a large spill near Kalamazoo, Mich., in 2010. 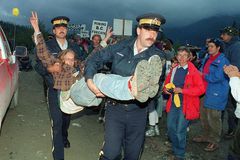 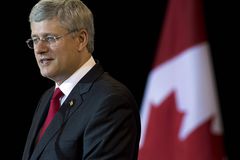 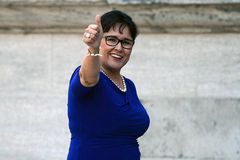 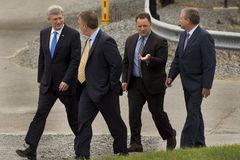