Financial returns in the oil sands stand to weaken under the most sweeping efforts to fight global climate change, a top oil producer said Thursday, as some of the industry's leading companies call for increased carbon fees.

Statoil ASA's chief economist said that high-cost projects in oil sands and ultra deepwater deposits would struggle to adapt should the industrialized world move aggressively to limit global warming by no more than 2 C above preindustrial levels.

Eirik Waerness said such an effort would cut demand and prices for oil, while requiring higher carbon levies than are contemplated today. That could further marginalize Alberta's economic engine at a time companies are already struggling to cope with a sharp downturn in commodity prices. Statoil currently operates the 20,000 barrel-a-day steam-driven Leismer development.

"It will be increasingly challenging for high-cost production, wherever that might be," he said in a telephone interview from Washington.

"There's a lot of variation in cost, but of course high carbon prices and lack of technological improvement there will impose increasing challenges for that type of production."

The comments come after a group of leading scientists and academics called for a moratorium on new oil sands development, saying expansion of the resource is not compatible with global efforts to reduce carbon pollution.

The industry is grappling with a severe downturn as a result of the sharp drop in oil prices. The price rout has erased billions in spending from corporate budgets and shaved more than a million barrels a day from the industry's long-term production outlook.

At the same time, there are growing calls for governments around the world to introduce a pricing system for carbon in a bid to combat climate change, threatening to pile more costs on the industry at a time energy markets are severely depressed.

Some of Europe's biggest oil companies, including BG Group PLC, Royal Dutch Shell PLC and Statoil, have said such a mechanism would ease uncertainty and encourage the most effective ways of reducing carbon levels in the atmosphere.

"The sense of urgency in terms of addressing global climate is increasing," Mr. Waerness said. "Most scenarios that look at the potential for getting something done with energy-related CO2 emissions point to the need for a price on carbon."

Prime Minister Stephen Harper this week agreed with other Group of Seven leaders on the need for "urgent and concrete" measures to prevent global temperatures rising by more than 2 C. But he has repeatedly balked at regulating emissions from Canada's oil-and-gas sector, emphasizing instead the role that technological advances can play in boosting efficiency.

In Alberta, oil sands producers have been circumspect about a planned overhaul of the province's climate regulations under Premier Rachel Notley's NDP government.

Major industries in the province currently pay $15 a tonne into a technology fund for emissions that exceed set limits and some companies have warned against a hasty increase should the government amend the existing rules as expected.

Suncor Energy Inc. has endorsed a higher levy, but the company has urged a go-slow approach while relying on technology to improve efficiency at its massive oil sands projects.

That approach is not guaranteed to produce results. Statoil was counting on new technologies to help cut carbon emissions from its oil sands operations by 25 per cent, saying such advances would be in place by the time its Corner development was up and running this year. Instead, the northern Alberta project was cancelled last year because of high costs. 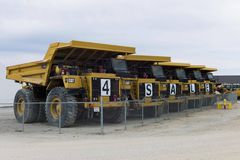 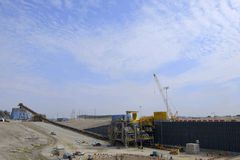