The provincial government is on track to rake in over $3-billion from land leases in fiscal 2012, beating its previous high of $2.56-billion last year. The windfall, which excludes oil sands, allowed the government to increase its revenue prediction by $1-billion, the government said as it released its second-quarter update Monday.

Oil and gas companies are rushing to secure land in newly prospective areas of the Duvernay and Pembina Cardium formations, Alberta Energy said. These two plays, hosting tight oil and gas, have only recently attracted energy companies because without a newly developed drilling method – multistage hydraulic fracturing – the industry was unable to reach and pump out the natural resources deep below the surface.

Record-setting land sales in Alberta show energy companies of all sizes are eager to quickly reinvest healthy cash flows while oil prices remain strong, particularly since new technologies can be expensive. Hydraulic fracturing, or "fracking," allows energy producers to squeeze oil and gas out of tight spaces by repeatedly fracturing the rock formations and injecting water and chemicals, allowing the resources to flow to the surface.

Companies looking for natural gas and more valuable energy liquids such as propane are tapping into parts of the Duvernay around Fox Creek and Edson, which pulled in millions in recent land sales, Alberta Energy said. The Drayton Valley area, near the Pembina Cardium tight oil play, was a hot draw, while Swan Hills' light oil zone, along with Red Earth Creek also attracted notable attention. Land auctions happen about twice a month and there are seven sales remaining this fiscal year, which finishes at the end of March.

Premier Alison Redford during her leadership campaign mused about directing more of the province's resources revenue away from the province's general revenue fund and shifting it to the Heritage Fund.

Alberta's leaders, however, recognize the province's predicament. While revenue tied to the energy industry helped shave millions off its predicted deficit, its reliance on a single industry dependent on strong commodity prices comes with risk.

"There is a realization by Albertans that we can't continue just the way we've been continuing for the last couple of years and hope the good ship [of]oil prices will continue to come in," Finance Minister Ron Liepert told reporters Monday after delivering the second-quarter fiscal update. He said the province, which directs roughly two-thirds of its budget toward health care and education, is looking at new ways of raising revenue, but said a provincial sales tax and a new royalty review are off the table.

Alberta's revenue forecast now clocks in at $36.8-billion, up $1.2-billion from the government's original budget, with increased corporate tax revenue contributing to the revision. The Tories expect expenses to ring in at $39.9-billion, climbing $860-million over its original budget. The government said this increase is owing to disasters and emergencies, citing this year's forest fires and floods as examples. The government lowered its expectations for investment revenue, personal income tax, natural resource royalties and a higher exchange rate.

The province expects to run a deficit totalling $3.1-billion, shaving $341-million off its original prediction. Doug Horner, Alberta's deputy premier, said the government is aiming to balance its budget in 2013-2014.

Mike Percy, former dean and current professor at the Alberta School of Business at the University of Alberta, cautioned against the province's reliance on revenue stemming from its vast energy industry, but noted the government has one advantage that it did not have a decade ago: the oil sands. These projects are massive, and oil companies are reluctant to shelve projects based on short-term volatility in crude prices because the industry makes decisions based on predictions stretching decades.

As a result, the government can count on money flowing in from this sector even as activity slows elsewhere, Mr. Percy said. Ten years ago, he noted, companies in conventional oil and gas plays could slow or ditch exploration and production efforts as oil and gas prices moved around, putting the province at greater risk. 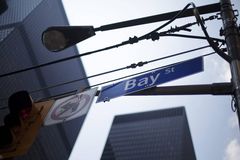 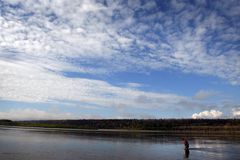