Alberta's NDP government is offering no guarantees that it will support expansions of an $8.5-billion taxpayer-supported bitumen refinery, even as it seeks to create jobs through oil-sands processing within the province.

The Sturgeon Refinery, led by privately held North West Upgrading, is under construction at Redwater, north of Edmonton, and the first phase, designed to process 80,000 barrels of diluted bitumen a day, is scheduled to be completed in late 2017. The design calls for up to two later expansions.

The diesel-fuel-making plant is a 50-50 partnership of NWU and Canadian Natural Resources Ltd. that was selected by the former Progressive Conservative government to process bitumen that the province takes in lieu of cash royalties. It has generated controversy due to a multibillion-dollar cost overrun in 2013, and a subsequent increase in the amount of debt and service costs being covered by taxpayers.

The government of Premier Rachel Notley inherited the project, which includes a carbon-capture system, and Energy Minister Marg McCuaig-Boyd is guarded on whether it could be a template for future efforts.

The minister toured the site in the summer, and NWU's chief executive, Ian MacGregor, said he made a presentation to her and other members of the legislature, though so far contact has not been extensive.

Mr. MacGregor said he understands that the project will have to show solid results in a tough industry before the government is ready to sign on to future phases. Still, government officials had not expressed concerns to him about the taxpayer exposure, he told a media briefing last week.

He said that the government's role in the project, which includes supplying 75 per cent of the feedstock and paying a processing fee, has afforded the developer the ability to access debt markets at favourable rates. That will ensure superior margins and savings for the province, he said.

"It's got a very high credit rating and the debt is very low-cost, and that reduces the fee that we have to charge," Mr. MacGregor said.

"All of those benefits flow through to the people paying the tolls. The people paying the cost of conversion [to diesel fuel] are the beneficiaries of that. Obviously we wouldn't get an A-minus rating without having a toll payer like the province there."

The partners were selected to process Alberta's supplies under the Bitumen Royalty-in-Kind program, established by former Premier Ed Stelmach to address a growing demand for job creation amid criticism that raw supplies, and processing jobs, were being shipped to export markets in the United States.

Earlier this year, Ted Morton, former PC finance minister, blasted the project as a "multibillion-dollar boondoggle" that he had objected to when he was in government. Mr. MacGregor said he disagreed with Mr. Morton's estimate of a processing fee for the province of $63 a barrel, contending it's about half that.

The NDP, meanwhile, has consistently called for more value-added processing within Alberta, and has directed its royalty review panel, led by banker Dave Mowat, to study ways within the fiscal regime to encourage refining and upgrading.

Critics of the project and the government have pointed to the fact that major oil companies with oil-sands operations, such as Suncor Energy Inc., Imperial Oil Ltd. and Total SA, have backed away from pouring money into upgrading in Alberta in recent years, blaming poor economics. Mr. MacGregor said that might be because they already have similar operations around the continent that can process bitumen.

Meanwhile, he said he does not believe there will be further cost overruns, because the engineering is essentially complete and costs are nailed down on $6-billion worth of work. In addition, a big slowdown in spending on oil-sands projects has freed up skilled workers, which will improve productivity at the site, he said.

NDP involvement in Alberta oil and gas will be a delicate business
June 30, 2015 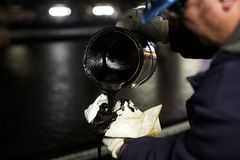 Has the Alberta NDP gone commercial? It has little choice
Subscriber content
August 11, 2015 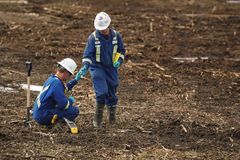