DBRS Ltd. cut its ratings on the debt of Calgary-based TransAlta Corp. and Edmonton's Capital Power Corp., citing the Alberta government's plan to force the utilities to shut down coal-fired power plants and restructure the electricity market in the province.

Its decision comes as executives from major institutional investors such as BlackRock, Canadian Pension Plan Investment Board and Ontario's public-sector-employee pension fund, OPTrust, told a conference in Toronto that capital markets will increasingly be judging companies on their climate risks, along with other factors.

BlackRock – the world's largest investment firm with $5-trillion (U.S) of assets under management – assesses companies "on how they disclose their climate-related risks and how equipped is their board to understand that risk," Marcia Moffat, its managing director for Canada, said Monday.

"We can't leave this to government; we have to speak up," Ms. Moffatt told a session at the Globe Capital conference. "Our job is to protect and enhance the long-term value of our customers' assets and climate change goes right to the root of that."

The DBRS downgrade is only the latest example of companies who face material impacts as a result of government climate-change policies. The credit agency said Monday it reviewed the 2016 financial results of the two Alberta utilities and the province's energy policies, and that it believes the long-term risk profile has weakened for both companies.

Credit-rating agencies are placing increasing importance on the way that environmental, social and governance (ESG) factors could change the risk profiles of the companies and other debt issuers that they assess.

Ms. Martin recalled former Ontario premier Dalton McGuinty's pledge to close all five of Ontario's coal plants by the end of 2007 – a deadline that was later extended – and build renewable energy sources. The rating agency grappled with how to assess and factor in the regulatory and policy risk to companies it analyzed, as well as their revenue recovery plans and the potential for stranded assets.

Enbridge Inc. executive vice-president Cynthia Hansen said her company supports carbon pricing, but warns governments need to protect Canadian competitiveness. "We have to recognize there needs to be an economical way for us to attain this, because otherwise, there will be chaos in the market," Ms. Hansen said.

Executives from BlackRock, CPPIB and OPTrust said they support the work of the Task Force on Climate-Related Financial Disclosures, chaired by former New York mayor Michael Bloomberg, which last year issued a call for widespread adoption of standardized disclosures.

Pension funds and insurance companies are increasingly concerned about the long-term impact of climate change on the economy because they make long-term investments to match their liabilities.

OPTrust chief executive Hugh O'Reilly said the risks do not just reside in the oil and gas or energy sector, but extend across the economy, particularly in areas like real estate and property and casualty insurance. He noted, for example, the threat to Miami real estate from rising sea levels.

"If people just focus on fossil fuels, you are missing the conversation," he said. "For every investment, there is some form of climate risk. … We want companies to focus on what climate change is going to do to your business."

The federal government has put considerable emphasis on markets to drive investments in innovation, but that requires clear information on risks and rewards, federal Environment Minister Catherine McKenna said in an interview.

"If you are going to do a good job investing your money, you need to know what the risks are, and the opportunities," she said, adding she supports the financial industry's push to improve voluntary disclosure. 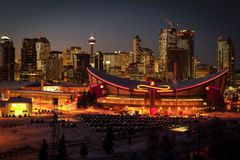