Alberta intends to provide roughly $1-billion in loan guarantees and grants to develop projects that will increase the amount of bitumen exported through existing pipelines.

The province on Monday pledged to help turn partial-upgrading technologies into commercial-size projects. Bitumen that is partially upgraded would be able to travel more efficiently through pipelines, allowing energy producers to increase exports. And improving the quality of the crude would increase the number of refineries capable of processing Alberta's heavy oil.

In a statement posted online, the government said partial upgrading could increase pipeline capacity by 30 per cent. Alberta's oil sands crude is worth less than the U.S. and global price, in part because of shipping costs and limited pipeline capacity. This has cut into the royalties the province receives and has fuelled the political push for more pipelines, particularly an expanded conduit to Canada's West Coast. If bitumen could be partially upgraded in Alberta and exports climb, companies should be able to narrow the gap between the price they receive and the price elsewhere, making Alberta a more attractive place to invest.

"As we fight for new pipelines and a better price for our oil, we must also create the right conditions for investment and jobs in oil and gas processing and manufacturing," Premier Rachel Notley said in a statement.

Energy companies must mix bitumen with diluent, an ultralight oil that thins heavy crude, so it can move through pipelines. Oil sands firms spent $13.3-billion on diluent in 2016, according to the government, and much of it was imported. Partial upgrading would lessen the need for diluent.

The province is locked in a battle with British Columbia over Kinder Morgan Canada Ltd.'s plan to expand its Trans Mountain pipeline to the west coast. This month, Alberta banned B.C. wine imports after its neighbour proposed regulations that would block an increase in diluted bitumen shipments to the coast while a panel considered whether the product poses a risk to water sources. B.C. has since said it will ask the courts if it has that power; Alberta, in turn, lifted its wine ban.

The government said the partial-upgrading program will stretch over eight years, beginning in 2019-2020, and the $1-billion will be divided roughly into two parts: $800-million in loan guarantees and $200-million in grants. The government did not release further details about how it will allocate the money.

It expects the program to spur the construction of "two to five" partial-upgrading facilities. This, the government said, would attract as much as $5-billion in private investment and generate 4,000 jobs during construction and 200 full-time jobs once the projects are operating. The government's initial statements do not indicate it would invest directly in partial-upgrading facilities.

"Albertans dodged a bullet," said Trevor Tombe, a professor of economics at the University of Calgary. Because it appears the government is simply providing loan guarantees, he does not expect the program to hammer the province's coffers.

The United Conservative Party said Alberta's partial-upgrading proposal will not be enough to offset what the Official Opposition views as needless red tape and additional taxes imposed on the energy industry by Ms. Notley and Prime Minister Justin Trudeau.

"Given the major new costs imposed on industry, we fail to see how offering comparatively small loan guarantees and grants spread over eight years will change the flight of investment," said Annie Dormuth, a spokeswoman for the UCP, in a statement. "There are concerns regarding the NDP's gambling with taxpayer dollars in trying to micromanage our economy." 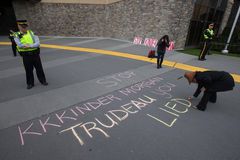 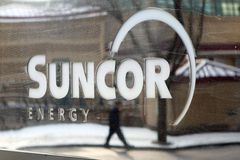