The province's NDP government aims to eliminate pollution from coal by 2030 under its wide-ranging strategy to deal with climate change and turn to natural-gas-fired stations and renewables to provide electricity.

Numerous plants will be forced to shut years before their previous retirement target and investors have fretted about the potential to "strand" the assets, or render them useless. The new target means a shortened life for about 40 per cent of the province's coal-fired plants, according to Bank of Montreal.

The target deadline on coal set by Premier Rachel Notley's government is tighter than prescribed under federal rules, but it appears to be less onerous than some had feared.

The government said it is planning a host of measures to ease the financial burden on the companies and on consumers, and to ensure the reliability of the electricity market, as it puts the time limit on coal, which now accounts for 17 per cent of Alberta's emissions.

Shares in TransAlta Corp., the largest coal-fired generator, surged 10 per cent on the Toronto Stock Exchange on Monday, and Capital Power sank 9.5 per cent. Canadian Utilities Ltd. was off nearly 2 per cent.

All of the five coal plants Capital Power owns outright or has an interest in face early retirement, BMO analyst Ben Pham said. They are all part of the Genesee and Keephills complexes west of Edmonton. Mr. Pham said he expects more pressure on Capital Power shares as a result.

Six of the 10 units in which TransAlta owns fully or has a stake are likely in for early shutdown. The remaining ones, which represent 37 per cent of TransAlta's generation, were already set for retirement before 2030, according to the analyst's note to clients.

On Sunday, the Premier's "Climate Leadership Plan" won plaudits from a surprisingly broad spectrum of players in the long-running debate in Alberta and across Canada over cutting carbon emissions, from green groups to the energy sector.

Ms. Notley was joined by environmentalists and oil executives alike as she rolled out the climate-change strategy, which also features an economy-wide carbon tax that will top out at 30 per cent in 2018. Power generation officials were conspicuously absent on stage.

"Obviously, if I were the owner of a coal company, I would prefer that this announcement hadn't been made, but we are committed, very committed, to working with them in a collaborative way," Ms. Notley said.

Executives from Capital Power and TransAlta Corp. offered lukewarm praise, saying they were heartened by the opportunity to enter into negotiations to deal with the stranded-asset issue.

"While the government's retirement schedule for coal generation is substantially more aggressive than that proposed by Capital Power, we're encouraged that the Climate Leadership Plan incorporates policy approaches that are consistent with our recommendations," Capital Power chief executive officer Brian Vaasjo said in a statement.

"We're also encouraged that the government has committed to treat workers, communities and affected companies fairly, avoid unnecessarily stranding capital and implement its plan in a way that retains Alberta's competitive electricity market."

TransAlta acknowledged that investor worries over the fate of the company's coal fleet had weighed heavily in its shares since the NDP's election in May.

"The province's 15-year transition, and the commitment to appoint a negotiator, confirms that Alberta does not intend to strand capital," said TransAlta chief financial officer Donald Tremblay.

There is still much uncertainty hanging over the Alberta power market, however, said Linda Ezergailis, an analyst at Toronto-Dominion Bank. The NDP's wording is "ambiguous," but it appears likely that compensation for coal producers will come in the form of investment opportunities in gas-fired and renewable generation, Ms. Ezergailis said.

She is skeptical that gas-fired plant developers will be given enough long-term policy certainty regarding the fuel to build new plants.

Alberta carbon plan a major pivot in environmental policy
May 16, 2018 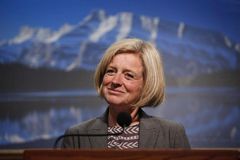 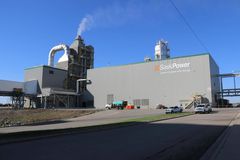 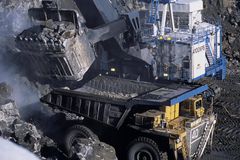 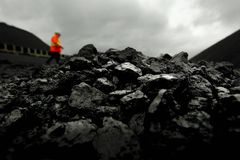