Essar Steel Algoma Inc., the economic backbone of Sault Ste. Marie, Ont., for more than a century, will make its third trip through creditor protection amid a collapse in steel prices and a battle with a critical supplier.

The steel maker, which was founded in 1901 to make rails for the growing railway industry, was granted protection Monday under the Companies' Creditors Arrangement Act, saying it does not have enough money to make $25-million in debt payments due next week or special payments on pension funds with a combined deficit topping $500-million.

"The urgency of the need for immediate cash is unquestioned," Ontario Superior Court Justice Frank Newbould said in granting the company creditor protection.

The filing underlines the battered state of much of the steel sector in Canada and North America. Essar Algoma joins U.S. Steel Canada Inc., which was granted CCAA protection in September, 2014 – the second trip for the former Stelco Inc. through a court-supervised restructuring.

Steel makers are responding to a number of influences: a drop in demand for steel used in energy projects; low prices caused in part by producers from low-cost countries dumping in North America, and big customers such as Caterpillar Inc. scaling back orders over low commodity prices.

It has arranged debtor-in-possession financing of $200-million, but will need $163-million to keep operating through Jan. 16, 2016, and stockpile coal and iron ore before the winter freeze hits the Great Lakes.

The steel maker has cut costs – including layoffs of 100 people last month – but not enough to make up for a drop in prices this year of more than 33 per cent or the increased costs of purchasing iron ore, chief executive officer Kalyan Ghosh said in a telephone interview from Sault Ste. Marie.

It's business as usual for now, Mr. Ghosh said, but as for the future, "everything is on the table," including a potential sale of the company, which is controlled by India-based Essar Global Fund Ltd., a conglomerate owned by Indian brothers Shashi and Ravi Ruia.

Government officials in both Canada and the United States must make sure steel is traded fairly, he said, instead of being dumped. He said China dumps steel in South Korea, which then exports its domestic steel to North America in a domino effect that has contributed to the price collapse.

The Ruia brothers bought the company in 2007 during a consolidation that swept up major Canadian-owned steel makers and made them part of global players.

Essar Algoma employs 2,900 people in Sault Ste. Marie. About 54,000 people in the city of 78,000 depend directly or indirectly on the company, chief financial officer Rajat Marwah said in an affidavit filed with the court.

The steel maker's operations are "central and vital" to Sault Ste. Marie's economic health, Mayor Christian Provenzano said. "Essar Steel Algoma is our largest employer. Algoma, in one form or the other, has been part of our community for over 100 years."

The city has been working to develop secondary industries, "but we're not there yet," Mr. Provenzano said.

He said he did not receive advance notice of the bankruptcy protection filing, but was not surprised given falling steel prices and the recent layoffs at the mill.

He said he has reached out to other levels of government to assess what can be done to assist Essar Algoma.

"The city of Sault Ste. Marie needs a healthy, stable steel operation at that site, and we'll do what we need to do to support that outcome," he said.

The trigger for the filing is a battle Essar Algoma is having with Cliffs Natural Resources Inc., which supplies it with the iron necessary to make steel. Essar Algoma sought to reduce the price it was paying for iron ore, which led Cleveland-based Cliffs to halt shipments.

Essar Algoma has found other suppliers – including U.S. Steel Canada's former parent, United States Steel Co. – but at a higher price than the Cliffs contract it sought to terminate. Plus it was only able to obtain two-thirds of the iron ore it needs to get through the winter. 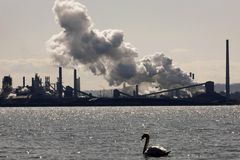 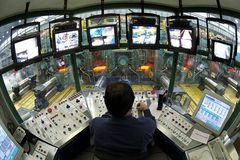 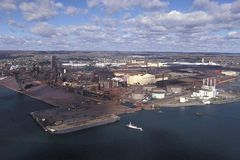