Algoma Central Corp. is retiring five bulk-commodity freighters, joining a growing list of shipping companies paring their fleets amid a slump in demand for coal and iron ore.

The St. Catharines, Ont.-based company made the call to retire the vessels ahead of schedule as it faces an oversupply of ships serving the steel mills and mines around the Great Lakes, said Peter Winkley, Algoma Central's chief financial officer.

Two more bulk ships will be made idle when seven new, more fuel-efficient vessels are delivered by 2017 and 2018, Mr. Winkley said.

On the world's ocean-shipping routes, the picture is even darker. The Baltic dry index, a closely watched economic indicator and a measure of global shipping rates for ore, coal and grain, recently sank to a 30-year low amid a plunge in demand for industrial commodities and an oversupply of ships.

As its factories slow down, China is cutting about 1.8 million coal- and steel-worker jobs over the next five years.

Now, the world's shipowners, which expanded their fleets in the wake of the financial crisis with mistaken expectations for a sustained economic boom, are sending a record number of ships to the scrapyard.

"It's the worst time in the last 30 years," said Basil Karatzas, of Karatzas Marine Advisors in New York.

But companies looking to slash expenses and squeeze money out of idle vessels are faced with low prices and poor demand for scrap metal at the world's main ship-breaking yards in India, Pakistan and Bangladesh. These yards and others in Central and South America are working at full capacity.

"If steel prices are low and nobody wants to buy steel plate, there's nothing you can do about it," Mr. Karatzas said.

For now, scrap-steel prices are too low for Algoma Central to send the five ships to the wrecker. The surplus ships, four of which were built in the late 1960s and early 1970s, will remain tied up at ports along the Great Lakes, Mr. Winkley said.

Algoma Central saw its profit more than cut in half in 2015, but is still making money. The same cannot be said for most of its international counterparts, where bankruptcies, forced takeovers and alliances rule.

Charter rate for ships that carry bulk commodities have plunged to as little as $1,000 (U.S.) a day, compared with operating costs of about $7,000, Mr. Karatzas said.

A stock index of dry-bulk-shipping companies compiled by Bloomberg has fallen by 74 per cent since the beginning of 2014, compared with a 9-per-cent rise in the benchmark S&P 500 stock index.

Star Bulk Carriers, a Greece-based company with a fleet of 76 ships that carry coal, ore and other dry commodities on the oceans, highlighted this week the depth of the problems facing the world's shipping companies. The Nasdaq-listed company posted a $460-million loss for 2015, and announced a list of measures it was taking to weather what its chief executive officer call a "depressed market."

"The last 12 months have proven to be the most challenging market for dry-bulk-shipping over the last 30 years, with lacklustre demand and persistent oversupply," said Petros Pappas, Star Bulk's CEO.

The company's losses are forecast to persist until 2019, according to JPMorgan analyst Noah Parquette. He said Star Bulk might need to take new steps to raise capital if shipping rates remain weak. 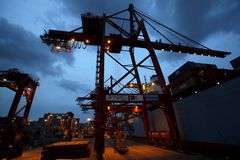 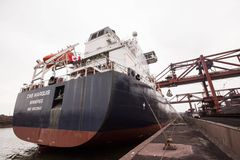