One of the most prominent opponents of the Keystone XL pipeline will soon get a chance to plead his case to the man who controls the project's fate – by personally hosting a fundraiser for U.S. President Barack Obama.

Billionaire Tom Steyer and his wife are scheduled to host Mr. Obama at their home in San Francisco on Wednesday for a $5,000-per-person cocktail fundraiser, one stop of a brief trip in which anti-Keystone protesters, placards in hand, will also greet the President. It comes as cleanup continues at the site of an oil spill in Arkansas, where a pipeline carrying Canadian crude ruptured and forced the evacuation of about two dozen homes.

That spill has spurred on environmentalists and Keystone XL opponents, many of whom see Mr. Steyer as a close ally. The hedge-fund founder last month waded into the Massachusetts Senate race by buying ads against a fellow Democrat who supports the Keystone XL project.

Mr. Steyer has regularly spoken out against Keystone. His cocktail fundraiser will offer another platform.

"As it relates to the President, Tom is honored to be hosting such an event," Christopher Lehane, the American billionaire's spokesman, said in an e-mail. "His view is that rather than making a 40-year commitment to a pipeline that will ship oil to our economic competitors, we should be investing in clean energy that will create hundreds of thousands of jobs here in the U.S. and reduce the carbon going into the air."

The argument echoes those made by many environmental groups, but it is rejected by TransCanada Corp., which has proposed the pipeline. The overwhelming majority of crude oil shipped by Keystone would be refined in the United States, spokesman Grady Semmens said in a statement. He argued the pipeline will make the United States less reliant on "less stable countries" for oil, saying Keystone "will help Canadian and American oil producers receive better value for the millions of barrels that are already being produced every day, for the benefit of all Canadians and Americans."

The Keystone XL approval rests in Mr. Obama's hands. A State Department review found the project wouldn't significantly affect the pace of oil-sands development and therefore wouldn't have a significant impact on global carbon emissions. The project would carry oil-sands bitumen from Alberta to Texas, and is supported by Ottawa and Alberta, with Premier Alison Redford set to visit Washington next week to push for its approval.

But Keystone has become a flashpoint in the debate over emission reductions. It now looms large in Massachusetts in the race to replace Secretary of State, and former senator, John Kerry. One Democratic candidate, congressman Stephen Lynch, supports Keystone and has since been targeted by Mr. Steyer, who has previously bankrolled a California ballot initiative. Another anti-Keystone Democrat, in turn, urged the billionaire to stay out of the race.

Mr. Steyer, though, is embracing something of a second life as a philanthropist and environmentalist. He made his fortune, estimated by Forbes at $1.4-billion, as founder of the Farallon Capital Management hedge fund, but stepped down at the end of last year, saying the fund – which had invested in a range of oil and pipeline companies, including BP, Nexen and Kinder Morgan, as well as an oil-carrying railway – was at odds with his new environmental mantra. "Tom's belief is that climate is an issue of our times – and he needed to align his beliefs with his actions," Mr. Lehane said.

Mr. Steyer and his wife, Kat Taylor, have taken on a series of projects, including a centre to study sustainable energy and a not-for-profit community bank, which Ms. Taylor runs. But it's Keystone that keeps Mr. Steyer on the campaign trail. In a speech at a rally in February, Mr. Steyer – wearing one of his customary plaid ties, with a green winter jacket tucked under a sports jacket – struck a populist tone in declaring the United States "can't afford 40 more years of dirty energy" by approving Keystone.

"Today we have to dare to say no to the Keystone pipeline. And today we have to decide to invent a cleaner, safer, cheaper energy future together," he told the cheering crowd.

In San Francisco, fellow activists have only organized a protest at another of Mr. Obama's stops, leaving Mr. Steyer to work solo at his cocktail party. Mr. Steyer is "a great advocate against the pipeline," said Daniel Kessler, a spokesman for 350.org, one of the groups organizing the anti-Keystone protest. Mr. Kessler expects Mr. Obama will get his host's message. "I certainly hope they get a chance to talk … it's his fundraiser," he said. 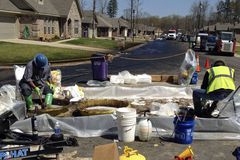 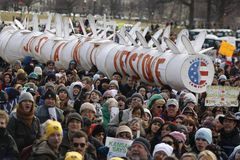 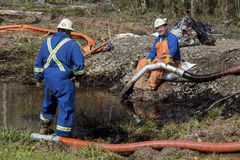 The Democrats supporting Keystone are the most vulnerable in 2014
Subscriber content
March 28, 2013 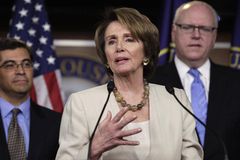 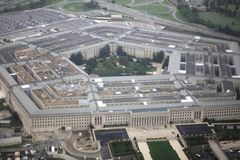 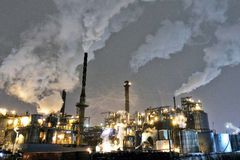