This article marks the beginning of a year-long project about Fort McMurray, Alta., which has come to be the emblem of Canada's energy sector – and all the issues that surround it.

For years, business luncheons in the oil sands have been scenes of unbridled exuberance. Yet at the Sawridge Inn off Highway 63 on Monday, Fort McMurray's businessmen and women had something unpalatable to chew over with their roast pork and lasagna – oil selling at less than $70 (U.S.), and dropping fast.

"Let's batten down the hatches now, instead of after," said one entrepreneur in the conference room. "I have an offer on my house. So you think I should I accept," another audience member asked. One attendee asked about a pundit's "doom and gloom" post on YouTube: "He's forecasting … a 70-per-cent reduction in the stock market."

The Chamber of Commerce networking luncheons in Fort McMurray are not as heady as they used to be.

"Now, of course, we see moods changing. All because of this," said speaker Todd Hirsch, an economist from Edmonton's ATB Financial, pointing out that a barrel that sold for $107 in July sold for $66 on Friday – and that as a result, a "slowdown" is ahead in Fort McMurray and beyond.

No one at Monday's luncheon in Fort McMurray expects things to get quite that bad. Yet nowhere in Canada are the changes wrought by falling oil prices likely to be more profound. Dozens of well-heeled Fort McMurrayites were in the audience, and several said they are going to "proceed with caution" in their enterprises.

Officials in Fort McMurray, which calls itself "Canada's economic treasure," frequently boast of doubling the population in the span of a decade, and having an annual family income of nearly $200,000 (Canadian) a year.

This windfall was achieved by the oil sands, the massive energy-harvesting projects that critics contend are rapidly altering the landscape of Northern Alberta and the atmosphere of the planet.

Not everyone believes that. "We only produce 0.5 per cent of global carbon emissions … our emissions are not peanuts, they are fractions of peanuts," said activist Robbie Picard, who was wearing a hoodie with "I Love Oilsands" on it.

Long before oil prices started dropping, economic caution had already been seeping into Fort McMurray. One common complaint is that a growing number of workers are flown into and out of oil sands work camps from far-away cities such as Calgary, Edmonton and Kelowna, B.C. This deprives the city's coffers and retailers of their taxes and their business.

No one expects the big oil companies to stop extracting oil, but newer ventures and startups are seen to be vulnerable. Last month, an energy economist for the municipality wrote in the local paper that "we can expect a decline in production and employment in the oil sands sector during 2015" that will affect tax revenues.

In a late November meeting for "newcomers" at the Royal Bank, immigrants said they loved the jobs and opportunity in Fort McMurray. But some wanted reassurance the bad times would not accelerate as quickly as the good did over the past decade.

"You want to make sure that our $1.5-million houses' value is not going to be $200,000 in 10 years," one municipal official said at that meeting. She said the oil companies and city are working together to make sure nothing of the sort happens: "These discussions are very serious, in the high level." Some homeowners say the real estate market was softening long before the price of oil started to drop.

"We've seen our price dip 15 to 20 per cent over the last 18 months," said Jon Tupper, 41, the homeowner who asked whether he should sell his house. But he adds that he still wants to upgrade to a home nearby.

Mr. Hirsch said all Albertans will have to wrap their heads around depressed oil prices: "Here we are again, where the governments are going to be cutting budgets and blowing up hospitals and schools. … We need to look at more stable sources of revenue. And that's a sales tax."

The downside of oil independence
December 1, 2014 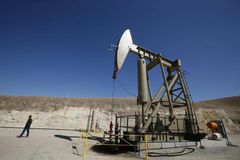 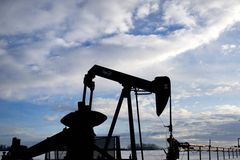 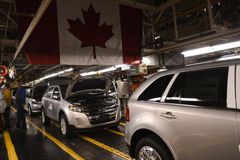 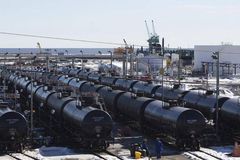