Canadian and Asian energy companies have begun looking to move oil to the West Coast by rail as new pipeline projects struggle against broad opposition.

Interested traders have approached Canadian National Railway Co. about using trains to get oil to British Columbia ports such as Prince Rupert, Kitimat or Vancouver – or perhaps even the U.S. Pacific Northwest.

"It's something that's been asked of us," said J.J. Ruest, CN's executive vice-president and chief marketing officer, in an interview on the sidelines of the Canoil Trade Conference in Calgary Wednesday.

Those queries come from "the same market need" that has propelled interest in proposals such as Enbridge Inc.'s Northern Gateway pipeline and Kinder Morgan's Trans Mountain expansion. Both projects would connect oil sands production with new buyers in California and Asia. The Canadian energy sector has sought to diversify away from the U.S. as its sole export, but its ability to do so has been constrained by activists whose safety and climate concerns have delayed new pipelines.

But CN already operates rail lines into the major West Coast ports, and requires no permits to move crude oil on those tracks.

Such a project could not be done overnight. Exports would need to flow through a terminal to move oil from tank cars to tankers, and a terminal could only be built if authorized by federal and provincial authorities. CN has no interest in building an oil-port facility, Mr. Ruest said, although other companies, including CNOOC Ltd.-owned Nexen Inc., have pursued such plans.

And, Mr. Ruest said, CN is keenly aware of the loud campaigns that have met new export pipeline proposals, a factor that would weigh on any decision to pursue new oil service west.

"The dilemma is the same – whether or not you could or should do that with the social licence, and whether eventually there will be enough support for these things to happen," he said.

If oil finds its route west blocked, he added, it may also flow in other directions by rail; some companies are already looking at U.S. Gulf Coast exports. That's unlikely to happen if oil can be exported by way of B.C. or Atlantic Canada. But if "Canadian crude continues to be stranded … you could see an economic solution where it could be done from the Gulf Coast," Mr. Ruest said.

CN expects its oil shipments to reach 110,000 barrels per day this year, and believes crude will reach 7 to 8 per cent of total corporate revenues in the next few years. By 2014, Canadian capacity will exist to ship out 250,000 b/d by rail; by 2015, it will hit 300,000, according to numbers compiled by Chris Theal, chief executive of Kootenay Capital Management Corp.

Still, the rapid rise has been accompanied by growing safety concerns. On Tuesday, a Canadian Pacific Railway Ltd. train derailed near Jansen, Sask., causing the latest in a string of oil spills, with nearly 600 barrels leaking. On Wednesday, CP said it had resumed service on that line near Jansen, but chief executive Hunter Harrison acknowledged that the sharp growth in crude transporting is stressing less-used routes with older tracks.

"The infrastructure we're running on – where we see the most growth in the crude – is what has been described in the past as our secondary branch lines," with rails of "1950s vintage," Mr. Harrison said in a speech to the investment community in New York Wednesday. "These instances have been the result of some internal flaws in the rails, and so we're having to go through some additional straining and testing and patrolling that we wouldn't have to otherwise."

Mr. Harrison didn't say that the track was specifically the cause of this week's derailment in Saskatchewan, which is still under investigation. However, he noted that a $75-million to $100-million increase in capital spending, which the company has noted in recent weeks, will largely go toward upgrading tracks and track beds. 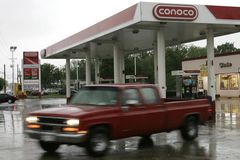 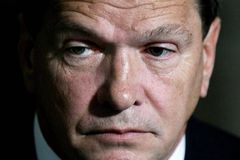