A golden parachute at takeover target Augusta Resource Corp. that is four times the CEO's base salary and bonus is "truly egregious," says a prominent U.S. proxy advisory firm.

In a separate statement Thursday, Augusta said that a leading independent proxy advisory firm is recommending that shareholders vote for the continuation of its defence plan.

The firm adds that an immediate vesting of equity awards for the CEO in the event of a change in control is "considered highly problematic given the presence of a takeover bid and the likelihood that these amounts may be triggered."

A severance multiplier of two times base salary and bonus is considered a best practice in Canada, but four times is excessive, ISS said.

Under terms of the arrangement, Augusta chief executive Gilmour Clausen would have been eligible to receive $2.6-million in lieu of base salary, bonus and equity as at the end of last year, according to ISS.

Mr. Clausen received $353,800 in base salary last year, according to the company's management circular.

A severance plan "of four times base salary and target bonus is considered truly egregious in the Canadian market," ISS said.

ISS recommends withholding votes from three compensation-committee members of Augusta's board up for election at a May 2 shareholders' meeting.

"This practice is problematic and withholding votes from the compensation committee is warranted," said ISS.

Institutional investors are increasingly criticizing lavish change-in-control golden parachutes, which they say are non-performance-based payouts that are unfair to shareholders.

Augusta's board and management are asking shareholders at the May 2 meeting to vote for the continuation of the company's defence plan in the face of the hostile takeover offer by HudBay Minerals Inc.

HudBay, which is after Augusta's rich copper-molybdenum project near Tucson, Ariz., is seeking a decision from Canadian securities regulators that would get rid of Augusta's so-called poison pill.

A poison pill allows non-HudBay shareholders to buy additional shares at a discount, making it prohibitively expensive for HudBay to acquire the rest of Augusta it does not already own.

Toronto-based HudBay owns about 16 per cent of Augusta.

"Our intention is to put the power of this important decision in the hands of Augusta shareholders by giving them the opportunity to vote on the rights plan on May 2, three days before the expiry of HudBay's bid," said Augusta president and chief executive officer Gil Clausen.

HudBay spokesman Scott Brubacher said in an e-mail message Thursday that the company has "nothing to say at the present time."

"...we believe that in a matter as important as a shareholder rights plan, shareholders ought to have a say as to whether or not they support such a plan's implementation ... its potential impact on and relation to shareholders is direct and substantial," Glass Lewis & Co. says in its report, according to Augusta's news release.

On Monday, HudBay asked the British Columbia Securities Commission to decide on the matter before its hostile offer expires May 5.

Once in production, Rosemont will be the third-largest copper mine in the United States.

Mr. Clausen of Augusta said recently he is pleased with progress the company is making in finding an alternative to HudBay's bid.

But there is no mention of that process in Augusta's Thursday news release.

Augusta, which contends that HudBay's offer is a low-ball bid just as Rosemont's full potential is about to be realized, has said it is in discussions with nine potential white knights.

HudBay chief executive David Garofalo said on Monday that Augusta has had more than 60 days since the all-stock offer was announced and has not come up with any alternatives.

But Augusta shares have been trading well above the offer price. 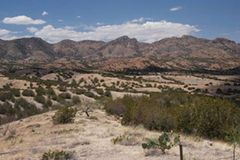 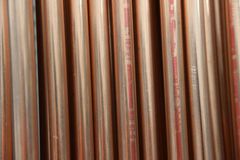 Augusta says it has a number of options other than HudBay’s bid
May 12, 2018 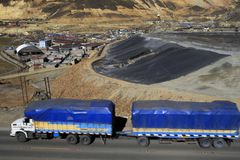