Four major liquefied natural gas projects in British Columbia are lobbying Ottawa for tax relief, arguing that it is in the national interest to launch LNG sales to Asia and reduce Canada's dependence on energy exports to the United States.

The newly formed B.C. LNG Developers Alliance, representing four of the largest proponents of LNG exports from the West Coast, believes that multibillion-dollar terminals planned for northwestern British Columbia deserve to be treated as manufacturing operations to gain tax concessions.

The alliance sent a letter recently to the House of Commons Standing Committee on Finance, hoping that Ottawa will take the submission to heart when the next federal budget is tabled by the end of March.

Industry sources say David Keane, who recently served as vice-president of policy and corporate affairs for BG Group PLC's Canadian unit, has been hired as the alliance's new president. Mr. Keane's LinkedIn account revealed last week that he had updated his profile to display his new job, but he changed his status on the weekend to "retired" after inquiries from The Globe and Mail.

The alliance declined to comment on the appointment, saying it would prefer to unveil the group's president at a news conference scheduled for early October in northwestern British Columbia.

Sources say Mr. Keane will spearhead efforts to persuade Ottawa to provide tax savings as the B.C. projects edge closer to making final decisions on whether to invest billions of dollars to enter the global LNG race.

While the four projects represented by the alliance are among 17 ventures envisaged for B.C., industry experts caution there is only room for three or four LNG export terminals because new global supplies from rivals such as Australia are hitting the market to meet demand.

Transporting LNG in tankers to Asian buyers will diversify Canada away from its reliance on piping natural gas to the United States, according to the Aug. 6 letter sent by four energy executives to the Commons finance committee's chairman, James Rajotte. "Government and industry need to work together to ensure that all Canadian jurisdictions are taking the necessary measures to realize this opportunity, including competitive fiscal treatment of LNG facilities so that these projects can compete globally for markets and capital," said the letter signed by Tessa Gill at Pacific NorthWest LNG, Susannah Pierce at LNG Canada, Madeline Whitaker at BG Canada and Rod Maier at Chevron Canada Ltd.

A separate prebudget submission by the Canadian Association of Petroleum Producers said the tax classification of LNG plants will be crucial, notably capital cost allowance rates.

A B.C. LNG project in the so-called Class 47 tax category would take 27 years to depreciate the bulk of its asset, compared with only seven years for a manufacturing operation in Class 43, according to CAPP. "LNG liquefaction facilities manufacture and process natural gas into LNG. These facilities process and treat natural gas to effect a physical and chemical change," CAPP said.

CAPP and Pacific NorthWest LNG had previously sought unsuccessfully to persuade Ottawa to make tax concessions. But this time around, they believe that the recent formation of the four-member alliance will put new pressure on the federal government to grant tax relief.

The B.C. government wants the province to emerge as a globally competitive exporter of natural gas, which would be super-cooled into liquid form. B.C. Premier Christy Clark's Liberal government plans to release details of its LNG tax and regulatory regime by the end of November.

"Achieving the right classification for capital cost allowance, just like achieving a reasonable B.C. LNG tax, would mark a critical step toward ensuring our industry can compete in a globally competitive market," the alliance said in a statement Sunday. 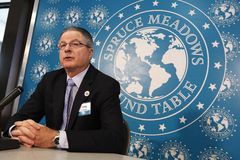 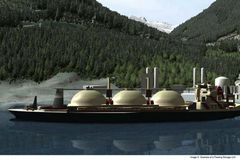