A small B.C. natural gas export project has moved closer to selling Canadian energy to Asia after a pair of international investors agreed to help backstop the $500-million project.

Bermuda-based Golar LNG Ltd. had already committed some of its liquefied natural gas vessels to BCLNG, the pint-sized export facility backed in part by the Haisla First Nation near Kitimat, B.C. Now Golar, alongside an unnamed Asian firm, has agreed to partner in the project, with Golar taking a 25-per-cent ownership stake in a facility that stands to be the first in Canada to send natural gas across the Pacific.

Financing is "the biggest question you have on whether a project is going to go ahead," Haisla chief councillor Ellis Ross said Thursday. The new partnerships mean "that one of the biggest hurdles of the project to go ahead is just about complete."

The project is not yet ready to build. Final engineering is required to pin down an accurate pricetag, an important consideration. Although the major authorizations are in place, smaller construction permits must still be secured from federal and provincial authorities.

The Haisla are confident enough in the project, however, that they anticipate committing to pipeline space by the end of July, with an expected 20-year agreement worth some $2-billion.

A final investment decision could come by the third quarter. Overseas construction of liquefaction equipment, which will be floated into place by barge, could begin this winter, with the Haisla predicting first gas shipments in 2016.

The BCLNG project is small relative to the giant projects envisioned by companies such as Royal Dutch Shell PLC, which is planning to move 12 million tonnes a year.

Yet for British Columbia., the possibility of a start to an LNG project, no matter the size, drew a cheery response. Rich Coleman, the provincial energy minister, was quick to take credit for what he said will be "billions" of dollars in coming commitments.

"You'll see over the next number of months that there were a lot of investments sitting on the sidelines waiting for the outcome of our election," he said. "I think [the Haisla deal] is probably an early indicator."

The Haisla say the new partners are primarily motivated by the compelling economics of selling B.C. natural gas, although the recent re-election of the provincial Liberal government "gave everyone a bit of comfort."

Many observers, however, remain skeptical that many of the half-dozen proposed West Coast LNG operations will be built, given the tremendous cost overruns that have afflicted such projects in places like Australia. Global competition for LNG sales is also strong, and overseas buyers have sought to depress the high international prices that have stoked so much interest in getting gas out of North America, where prices have been low.

BCLNG has deals in place to sell all of its projected output, but those deals use North American prices as a basis, rather than the higher oil-indexed prices. An inability to sign lucrative deals has hampered others in the LNG race, including Chevron Corp.-backed Kitimat LNG, a project that has already spent hundreds of millions to prepare a site on Douglas Channel, but has struggled with sales agreements.

BCLNG is a very different project, however, relying on existing technologies that can be built offshore and then sailed to British Columbia. It will also use an existing pipeline.

"It's a shrewd opportunistic approach," said Jihad Traya, associate director North American natural gas with global consulting firm HIS. "They can take advantage of a small opportunity. And mark my words, we'll see a little bit more on the LPG side like this." LPG, or liquefied petroleum gas, is a liquid natural gas by-product whose price in Western Canada has been severely depressed. For exporters, its advantage is that it can be shipped to the West Coast by train on rail lines that already exist.

The Haisla are looking to expand their project. BCLNG has approval to export 1.8 million tonnes a year, and the new partners have agreed to pursue a larger project. Reaching that full potential will raise the pricetag by an estimated $1.2-billion to $1.5-billion. 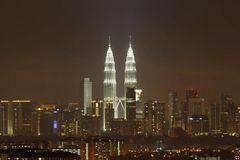