Some of the world's biggest oil companies face heightened risk to their operations in Russia as western governments seek to hobble the country's ability to develop sorely-needed unconventional oil resources.

Exxon Mobil Corp. is currently deploying the West Alpha semi-submersible rig to Kara Sea in the country's high Arctic, for a high-cost drilling project that it is pursuing with its global strategic partner OAO Rosneft, a company that is 70-per-cent owned by the Russia government.

The company is now awaiting word from the U.S. government on whether it needs to turn the West Alpha and cancel the project, under new sanctions that aim to block the transfer of oilfield technology needed to develop Arctic, deep-water, or shale plays that Russia needs to offset declining conventional production.

Exxon is heavily invested in Russia. The Irving, Tex.-based supermajor recently completed the installation of the 38,000-tonne topsides for an offshore platform near Russia's Sakhalin Island, and said Thursday that it expects to be producing 90,000 barrels per day of crude from the Berkut structure by the end of the year.

But the crisis in Ukraine – with western governments accusing Russian President Vladimir Putin of fomenting violent revolt – has cast a cloud of political uncertainty over the Russian investments pursued by Exxon Mobil and other global industry players.

Among international oil companies, Exxon and its London-based competitor BP PLC are the biggest operators in Russian oil and gas fields, and hence the most vulnerable to a tit-for-tat round of sanctions that may already impact their activities and could have major consequences if the crisis escalates. Oilfield service companies, including Canada's Calfrac Well Services Ltd., may also face restrictions, though Ottawa has not yet provided details on the latest round of sanctions.

The measures announced earlier this week by the United States, European Union and Canada – along with previous efforts – hit two aspects of the Russian energy sector: cutting off financing for state-owned companies through western banks, which will raise their cost of capital, and its need for western technology.

They do not touch Russia's natural gas industry, on which Europe is depends heavily.

If they remain in place for long and if Moscow doesn't find a way to evade them, the sanctions could sap Russia's crude-producing capacity, and undermine the country's financial strength. Sanctions would also make Canada's unconventional resources, from oil sands, to tight oil plays, to Arctic offshore, look more attractive to international energy companies that already confront state monopolies and political risks across the globe.

The sanctions are "carefully designed with the intention of raising the cost of doing business for Russia's energy sector without causing a disruption in oil and gas supply from Russia in the near term," said Jason Bordoff, director of Columbia University's Center on Global Energy Policy. "They will also make it more difficult for them to acquire the kind of technology they need to increase production and replace declining output in the future. So they may impact Russia's future energy production."

Exxon's head of investor relations, David Rosenthal, said it was too early to assess the impacts on its Russian operations.

The company reported that its oil and gas production slipped again in the first half of the year and is now at its lowest point since 2009, a trend that is driving it to hunt for large new reserves in Russia.

BP was a little more forthcoming about the political crisis this week, though it too said it needed to see details to know precisely what the impact would be. BP has a long and stormy history in Russia, and now owns 18.5 per cent of Rosneft, one of the world's largest oil producers. Even as the Ukraine crisis was escalating in May, BP signed a deal with Rosneft – as President Vladimir Putin looked on – to develop tight oil deposits in Siberia.

"Any future erosion of our relationship with Rosneft, or the impact of further economic sanctions, could adversely impact our business and strategic objectives in Russia, the level of our income, production and reserves, our investment in Rosneft and our reputation," the company said in a statement as it released its quarterly earnings.

But Paul Sullivan, an energy economist at Georgetown University in Washington, says the sanctions are mainly meant for domestic consumption, and are full of loopholes and exemptions that will ensure Western interests aren't damaged. He said Mr. Putin may raise the stakes by imposing his own sanctions on American and British oil companies, and favouring those from outside the U.S. or E.U., such as Norway's Statoil ASA or the Chinese state-owned firms. 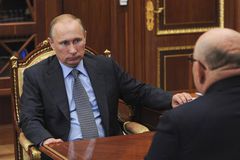 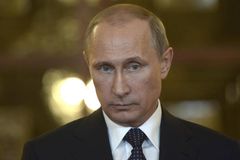