For Mr. Steyer, Keystone "has become the defining issue in the climate change fight of our times," said Chris Lehane, Mr. Steyer's authorized spokesman. "He has plenty of resources and plays to win," Mr. Lehane said in an interview after Mr. Steyer waded into the Democratic primary race in Massachusetts with a threat to skewer a pro-Keystone candidate. That race is to select the party's candidate for the Senate seat vacated by John Kerry, an ardent environmentalist who, as secretary of state, will also play a key role in Keystone's fate.

Massachusetts "is the next front where the Keystone fight will be engaged," Mr. Lehane said, adding that for Mr. Steyer, the bigger battle over Keystone was worth "tens of millions" in spending on political action, public awareness and other unspecified efforts. "Keystone has enormous symbolic value" in the whole climate change struggle, Mr. Lehane said.

Mr. Steyer, 55, the founder of one of the world's largest hedge funds, Farallon Capital, ended his active role as an asset manager last October to turn to full-time political activism – and climate change is, in his view, the gravest threat facing humanity.

Increasingly, Keystone XL is painted by its U.S. opponents as a thinly disguised Canadian scheme to ship Alberta's carbon-laden crude – currently heavily discounted in price – to Gulf refineries where it can be exported. A coalition of environmental groups opposed to Keystone has picked up powerful political allies in recent days and, with the addition of Mr. Steyer, the war chest to wage a national campaign against the project in the decisive weeks ahead.

Monday's surprise target was Steve Lynch, a Democratic congressman seeking the party's nomination for the Massachusetts Senate seat vacated by Mr. Kerry, who was named secretary of state by President Barack Obama after Hillary Clinton's resignation.

In a toughly worded letter, Mr. Steyer and four young Massachusetts environmental activists, including a pair of high-school students, warned Mr. Lynch to "act like a real Democrat and oppose Keystone's dirty energy. Or, get a sworn, binding statement – with securities law enforcement – from TransCanada and the refiners that all of the Keystone-shipped oil will stay [in the United States]."

The Lynch campaign vowed not to bow to threats but seemed stunned that Keystone, a pipeline that runs nowhere near the East Coast state – and a San Franciscan worth $1.3-billion, according to Forbes – were suddenly playing major roles in the primary.

"It's like something out of a James Bond film: a billionaire giving an ultimatum," said Conor Yunits, a spokesman for Mr. Lynch.

Mr. Steyer's ultimatum expires Friday and the consequences were ominous. Unless Mr. Lynch recants and opposes the pipeline, Mr. Steyer will spend heavily to back his opponent, congressman Edward Markey, who is against Keystone. The shot across Mr. Lynch's political bow may be mostly symbolic. Massachusetts law limits the amount of outside spending in primary races, and Mr. Markey is already the front-runner in the race.

Nevertheless, Mr. Steyer has thrown down the gauntlet to Democrats willing to back the pipeline. Climate change is "the overwhelming issue of our time," Mr. Steyer, a Yale graduate, has said. And Keystone has increasingly become a litmus test of whether Mr. Obama was serious in his promises to do something significant to reduce greenhouse-gas emissions. 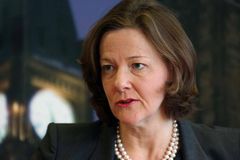 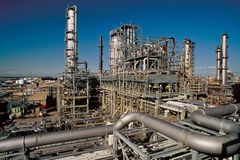 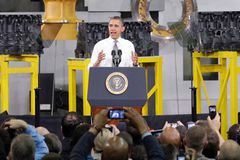 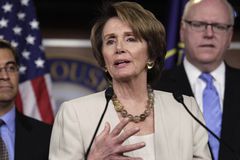 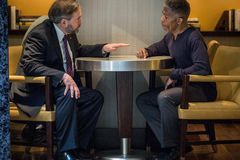 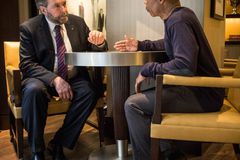