A second straight week of dwindling U.S. crude inventories propelled oil prices to their highest in 16 months, pushing Canadian heavy crude prices to levels that are nearly double those seen when the government of Alberta warned of a $6-billion shortfall in energy revenue.

The Canadian heavy crude market is benefiting from both rising U.S. benchmark oil prices as well as unexpectedly narrow discounts to lighter-grade oil. That spread is now around $16 a barrel, compared with a $40 gap last January when fears about insufficient pipeline capacity weighed on producers.

A combination of rising U.S. oil demand and widening options for moving crude around the continent, including rail shipments, have lifted both benchmarks and eased fears of a "bitumen bubble" that Alberta Premier Alison Redford warned about in January. The province derives about a third of its overall revenue from the energy industry and it blamed deeply discounted oil sands-derived crude for its sixth-straight deficit budget in March.

The bitumen bump comes as Alberta faces major expenditures to deal with recovery after flooding ravaged large parts of Calgary and other towns in the province last month.

U.S. benchmark West Texas Intermediate rose $2.99 (U.S.) on Wednesday to settle at $106.52 a barrel, its highest since March 2011, after the U.S. Energy Information Administration reported domestic crude inventories had fallen by about 10 million barrels for the second consecutive week.

Western Canada Select, the frequently quoted domestic heavy oil grade, sold for $16.30 a barrel under WTI for August delivery, pushing its absolute price above $90 a barrel. That compares with lows of around $50 a barrel early this year, before a combination of delayed production at Imperial Oil Ltd.'s Kearl oil sands project in northern Alberta, which is still operating at less than half its 110,000 barrel-a-day capacity, and a big increase in shipments of crude by train began to buoy prices.

Alberta had assumed a heavy crude price of $68.21 a barrel in its 2013-14 budget. The government said it is too early to say if the jump will be sustained. It will release its first-quarter update at the end of August, and will revise its oil price forecast, and expectations for heavy crude spreads, then.

"If it is maintained and if it looks like it is a trend as opposed to just volatility, then we will revise our forecasts potentially upwards," Chris Bourdeau, spokesman for Alberta Finance, said.

"The U.S. economy, from an energy consumption standpoint, seems to be a bit stronger than people expected," he said. "Where we've seen oil demand decline in the past three or four years, we're now starting to see a bit of a levelling off and some upward ticks in volumetric growth."

Demand has also been bolstered by a need for crude to fill new pipelines, including TransCanada Corp.'s Gulf Coast project, which is the southern portion of the Keystone XL proposal under construction between Oklahoma and Texas. It will require so-called "line fill" later this year, Mr. York said.

The floods which swept southern Alberta last month are putting pressure on the Redford government's coffers. It has already approved $1-billion as immediate flood support for families and communities, and more will follow.

With reports from Carrie Tait and Reuters

Editor's note: Analyst Chip York's name has been corrected in the online version of this story. 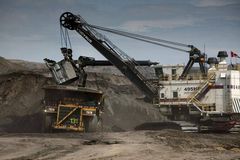 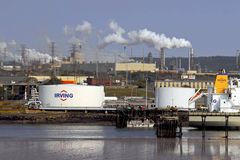