Cameco Corp.'s decision to mothball its Rabbit Lake uranium mine in northern Saskatchewan underlines the dismal outlook today for an energy source that many people believe will power tomorrow.

Since the start of the year, spot prices for uranium have slipped more than 20 per cent, making the metal one of the worst-performing commodities in global markets.

As booming supply has collided with disappointing demand, uranium for immediate delivery has plunged from nearly $35 (U.S.) a pound in January to below $27 now. It hit an 11-year low earlier this month.

"There's an excess supply of inventory available to utilities," Tim Gitzel, chief executive officer of Cameco, said in an interview. "There's no sense of urgency whatsoever" on buyers' part.

He said the oversupplied market makes it vital for Cameco to focus on its lowest-cost operations, such as its Cigar Lake mine, also in Saskatchewan.

The decision to shutter Rabbit Lake, which will result in the loss of 500 jobs, was prompted by an unexpected surge in output from Cigar Lake, which began production in 2014 and has costs that are "considerably cheaper" than the smaller Rabbit Lake facility, Mr. Gitzel said.

Rabbit Lake has been operating since 1975, and accounted for roughly 14 per cent of Cameco's uranium production in 2015. It could be restarted if prices were to move "significantly higher," he said.

He declined to put a number on the exact price that would be required for a restart, but indicated it would probably take a uranium price above $60 a pound to make new mines in general an attractive proposition.

There's no predicting when such a price may be reached, Mr. Gitzel said. Uranium prices have been in decline since 2007 when they soared above $140 a pound.

More recently, demand for the metal was hit hard by the 2011 earthquake and tsunami in Japan, which resulted in meltdowns at three nuclear reactors at Fukushima. Japan halted most of its nuclear program as a result.

Cameco and many outside observers continue to insist there is a bright future for uranium. However, those better times have had a frustrating habit of receding into the distance.

In another reflection of low uranium prices, the company said Thursday that it is cutting 85 jobs in the United States. It is also reducing output at its McArthur River/Key Lake operation in Saskatchewan by two million pounds this year.

For the company as a whole, annual production is expected to tick in at 25.7 million pounds this year, a considerable fall from its previous target of 30 million.

Some observers saw the Rabbit Lake closing and other announcements as a positive step to rebalancing the market.

"It sends a message to utilities that even the largest producers have supply that is not economic to produce at current prices," said Edward Sterck, an analyst at Bank of Montreal.

"This news should have positive ramifications for [uranium] prices, and may foreshadow further high-cost-centre closures," agreed David Talbot and Lilliana Paoletti of Dundee Capital Markets. "It should be a wake-up call to nuclear utilities that current prices are not sustainable."

However, Greg Barnes of TD Securities believes a sustained rebound in the uranium market may take a long while to emerge. In a note before the Rabbit Lake announcement, he predicted that prices will remain below $40 a pound through 2018, and said the current glut will endure until around 2020.

Producers are finding it profitable to keep churning out uranium because of the muscular greenback, he said. Many miners have been able to exploit the growing gap between their costs, incurred in cheap local currencies, and uranium prices, denominated in much stronger U.S. dollars.

Despite the challenges, Cameco still paints a tantalizing picture of the long-term outlook for its product.

The miner says more than 60 nuclear reactors are under construction right now. Twenty four of them are in China, and many of the rest in Russia, India and other parts of Asia – regions that are trying to wean themselves off coal.

Cameco says global uranium production is already falling short of meeting demand. According to its most recent annual report, 20 per cent of the current global supply is coming from stockpiles mined in years past, often for military purposes. 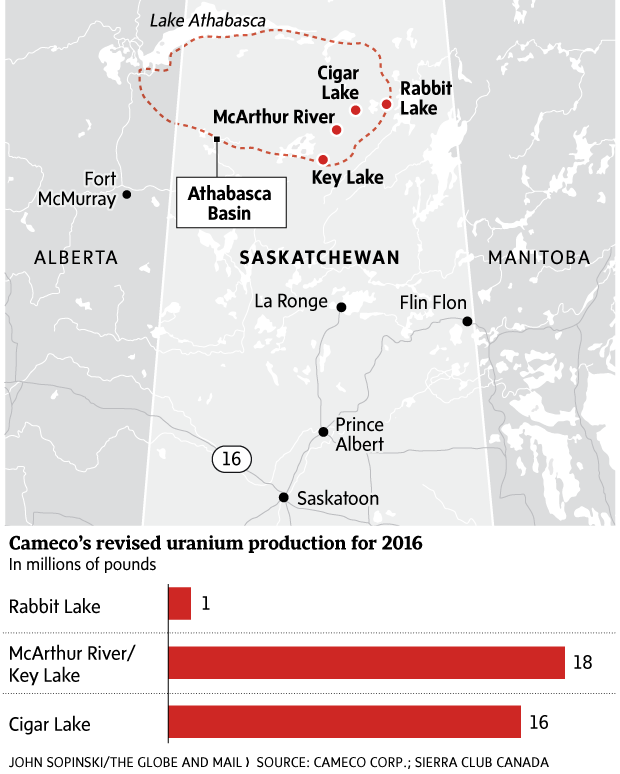 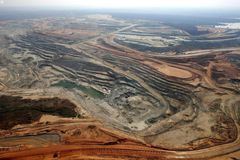 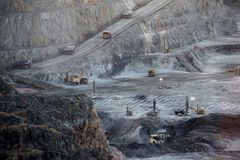