Canada is heading for a gridlock in energy development that will rob the country of future wealth unless it can solve vexing environmental and aboriginal conflicts, a blue-ribbon group including senior Calgary business people warns in a new report.

And they urged that new approaches be found that would offer greater benefits for aboriginal communities and assure Canadians that industry is addressing key environmental concerns.

Bitter differences are "leading us towards energy resource development gridlock," the group said in a paper that was distributed to industry and government officials and other national leaders on Thursday. "This could compromise Canada's ability to sustain or enhance the economic and social benefits from its wealth of energy resources as well as our ability to effectively address the associated environmental and social costs."

The group's reconciliation effort got early momentum with the involvement of Rick George, former chief executive at Suncor Energy Inc. and Brian Felesky, vice-chairman at Credit Suisse Securities Canada in Calgary, who worry the country is mired in a debate that will drive away investment and indefinitely stall projects.

From Enbridge Inc.'s Northern Gateway pipeline proposal to shale-gas drilling in Quebec, a number of resource projects or prospects in Canada face broad opposition to development.

"Canada can realize this great potential or lose it," Mr. Felesky said in an interview from Calgary. "And we have to act on a very timely basis because money is fungible. And it's going to other markets that are solutions-driven and are building these facilities while we have this unfortunate impasse."

Mr. Felesky is focused on the need to build oil and gas facilities to access new markets in Asia.

"Unless we gather the same mindset that saw us build the Trans-Canada highway and the trans-Canada railway, we will fail the opportunity for future generations and we'll fail ourselves currently," he said. "Because the U.S. is becoming so much more self-sufficient energy-wise, so absent having access to the seaboards, Canada will suffer great economic peril."

The panel took a broader view, noting that it is not just oil and natural gas pipeline projects that are at risk. Canada's power sector has faced, or currently faces, crippling opposition to transmission lines in Manitoba, wind farms and natural-gas power plants in Ontario, and shale-gas development in Quebec and New Brunswick.

The effort brought together some strange bedfellows. Mr. George, Mr. Felesky and ARC Financial chief economist Peter Tertzakian are heavyweights of the Calgary oil patch. At the table with them were executive directors from the Pembina Institute and the David Suzuki Foundation and several prominent aboriginal leaders, including Jim Bouchier, whose Fort McKay band is opposing a 250,000-barrel-a-day oil sands development by Athabasca Oil Corp. and its majority partner PetroChina Co. Ltd..

Environmental co-chair Ken Ogilvie said participants had strong disagreements in some areas, but were able to find common ground on the broad need for addressing aboriginal concerns and improving environmental performance.

The group said industry and government need to consult First Nations well in advance of filing applications for project approvals, and that the consultations should address cumulative impacts of resource development on traditional lands, not just project specific impacts. It also endorsed aboriginal demands that they see greater benefits from resource development, including some form of revenue sharing.

It urged government and industry to work with environment groups and aboriginal communities to monitor the impacts of resource development, and it said energy companies should incorporate world-leading environmental technology into all projects, adding there is a "pressing need for a credible and substantive commitment to reduce Canada's carbon footprint." 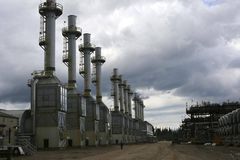 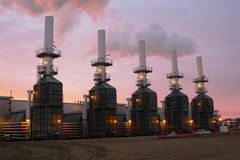 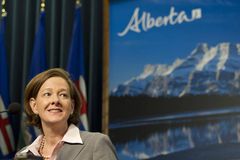 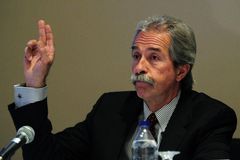