After three years of falling commodity prices, big mining companies are taking the lead on exploration in Canada as cash-strapped junior miners struggle to stay afloat.

Centerra Gold Inc. will spend upward of $100-million to develop a gold deposit in Ontario. Goldcorp Inc. is spending about 10 per cent more on exploration in 2015 than it did last year. Agnico Eagle Mines Ltd. is expanding its exploration team in Nunavut after it found gold on boulders near its mine in the territory.

"We have a lot of evidence that there is gold in the area," said Sean Boyd, Agnico's chief executive. The company is moving eight drill rigs and about 80 miners to its arctic camp, in order to locate the source of the golden boulders.

Traditionally, small mining companies have done the bulk of the prospecting in Canada. But with commodity prices at multiyear lows and a dearth of high-profile discoveries, investors are unwilling to bankroll junior miners with little or no track record.

"In the last 10 years, lots of money has been raised but there have been very few success stories," said Don Hoy, who helped discover the Ring of Fire mineral belt in Ontario and runs an exploration company. "That is what we are sorely missing in North America are new discoveries like that. A world-class discovery," he said.

During the boom years, virtually any idea would attract investor funding. There was a bidding war for the largest chromite deposits in the Ring of Fire in 2009. Money poured into the Labrador Trough, the 1,600-kilometre-long iron-ore-rich mineral belt that straddles the Quebec and Labrador border.

Both areas are at a standstill. Iron ore prices are down 70 per cent since 2011, and the Ring of Fire in particular is facing numerous hurdles, including lack of infrastructure.

Bountiful mineral areas are not enough to entice investors. There also has to be a viable way to mine the resource, which juniors cannot do without financing. And that has put the bigger mining companies in the driver's seat.

Agnico Eagle will be able to explore in Nunavut far more cheaply than any of its rivals, because it already has existing operations in the territory.

This year, Goldcorp paid $500-million for Probe Mines Ltd. for its gold property near Chapleau, Ont. The rocks were deformed and not initially believed to hold any gold, but in fact they did. Goldcorp pounced on the asset because it is close to another gold mine it owns in Timmins, Ont. The company plans to transport the Chapleau ore by truck to its mill in Timmins and mine the higher-grade rocks.

"People had been driving by that thing for 100 years and all of a sudden someone had a different theory and boom, you've got a couple million ounces and a whole new district to explore," said Chuck Jeannes, Goldcorp's chief executive.

David Palmer, a geologist and Probe's chief executive, said his company made the discovery in 2010 just as the "window was closing" for financing. Probe survived even as bullion prices fell 30 per cent. "There is always some money, but now it is restricted for just the better stories," he said.

Some of those better stories are in Canada, a mining-friendly country that has become more desirable as companies try to move their portfolios away from geopolitically riskier areas such as Russia and Kyrgyzstan. Over the past year, there was a bidding war for the large Canadian Malartic gold mine in Quebec, the Rainy River gold project in Ontario was acquired, and Royal Nickel Corp., a small company run by former Inco executives, bought a nickel project in Quebec.

Canadian firms fall behind in bid for AngloGold's Colorado mine
Subscriber content
March 13, 2015 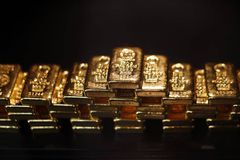 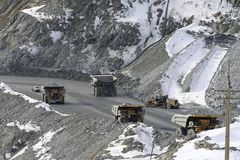 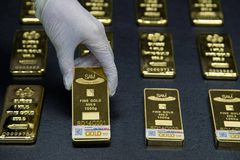 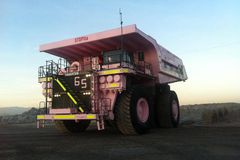 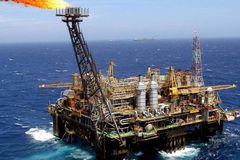 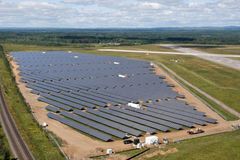