Kinross Gold Corp. plans to attend a major conference in St. Petersburg, Russia, ignoring the Canadian government's plea for companies and organizations to boycott high-profile events hosted by the country.

The mining company has two projects in Russia – the Dvoinoye and Kupol gold and silver mines. Kinross said its relationship with Russia is part of the reason it plans to attend the St. Petersburg International Economic Forum. The conference takes place May 22-24.

A number of international companies have dropped out of the event, protesting Russia's actions in Ukraine. Canadian companies and governments have also bailed on another major event – the World Petroleum Congress, set for June 15-19 in Moscow. Kinross's decision to go to St. Petersburg defies Ottawa's request that companies stay away from events in Russia and breaks with a number of international companies' decisions.

"In the interests of our shareholders and employees, continued engagement with our Russian stakeholders is essential and we have, therefore, decided to honour our longstanding commitment to attend the Forum," Andrea Mandel-Campbell, a spokeswoman for Kinross, said in a statement.

Ottawa on Tuesday warned that Canadian companies working in Russia are doing so without the support of their home government.

"We have been clear, any Canadian company doing business in Russia right now, does so at its own risk," Rudy Husny, director of communications for the office of the Minister of International Trade, said in an e-mail.

Commercial production at Kinross' Dvoinoye project started in October, 2013. The Canadian company produced its first ounce of gold-silver dore at the Kupol in May, 2008.

The St. Petersburg boycott is sweeping. Executives and leaders from Alcoa Inc., Morgan Stanley, PepsiCo., ConocoPhillips, Airbus Group, Visa Inc., Siemens AG, Citigroup, and others have all ditched plans to attend, according to reports from Reuters and the Wall Street Journal.

Germany's largest energy company, E.ON SE, on Monday said its chief executive would not be at the conference, according to the Wall Street Journal. E.ON's chief executive, Johannes Teyssen, is skipping the event because of "important appointments that came up at short-notice," a spokesman told the newspaper.

The Leduc-Nisku Economic Development Association and the Edmonton International Airport have also cancelled plans to attend the WPC, noting they are partners with the Alberta government and are following its example.

Ian Gillies, Calfrac's manager of investor relations, last Thursday would not comment on his company's plans.

Frank Kense, the Calgary-based regional director for Canada Eurasia Russia Business Association, said his organization will be at the conference. "The role of our organization is to support the companies that are going," he said last week. CERBA is a member-organization, but he would not say what members intend to participate in the WPC.

Executives at Enerflex and Pacific Rubiales did not respond to requests for comment. The World Petroleum Council Canada last week was considering the situation, although John Wright, the organization's chair, did not return messages seeking comment last week.

"We encourage Canadian senior business executives to refrain from attending high-profile events in Russia," Mr. Fast said in a statement last week. "Canada is determined to support Ukraine and will continue to work with our allies and like-minded countries to apply pressure that will further isolate Russia economically and politically, until the Putin regime clearly demonstrates its respect for Ukraine's sovereignty and territorial integrity."

The federal Trade Minister's remarks follow Ottawa's opposition to allowing Russia to join the Organization of Economic Co-operation and Development (OECD), an exclusive global forum of 34 countries. The OECD has delayed consideration of Russia's ascension.

Earlier this year, Russia seized Ukraine's Black Sea peninsula region of Crimea, and the West believes Moscow is behind pro-Kremlin separatist rebels who have taken control of cities in eastern Ukraine. 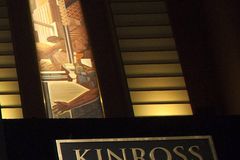 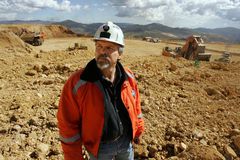 Kinross cuts cost for Mauritanian mine expansion by 40%
March 31, 2014 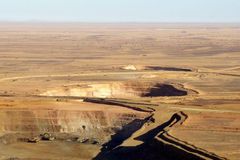