Justin Trudeau is barely off the campaign bus and he's already facing his first major trade showdown with the United States.

And it's not over the Keystone XL pipeline, the Trans-Pacific Partnership or climate-change policy.

The prime-minister-designate is about to get his introduction to the never-ending softwood lumber file. The most intractable trade dispute in Canada-U.S. history is back, and it's about to get ugly.

Cross-border skirmishes over lumber crop up at least once every decade. The time has come again, putting at risk an $8-billion-plus export industry.

A nine-year-old lumber truce pact quietly expired in the late stages of the election campaign. The 2006 agreement, which ended the last round of trade litigation, managed the flow of Canadian lumber to the United States by imposing export charges whenever prices fell below a predetermined floor.

Under the terms of the expired deal, the U.S. can't launch another trade case for at least a year. That means trade is free, for now.

But that's just temporary. As soon as the U.S. lumber industry files a trade challenge, which now seems likely, the U.S. government can slap duties retroactive to Oct. 12, the day the softwood lumber agreement expired.

So every shipment of lumber rumbling across the border today does so under a cloud of uncertainty. Producers could later be forced to pay steep duties on those sales, rendering them uneconomic.

Canada's lumber industry was eager to extend the current arrangement, making the calculation that stability was worth the price of managed trade. But the U.S. lumber industry balked, demanding an even more restrictive arrangement than exists now.

Fighting over softwood lumber is absurd. The two countries are neighbours and free-trade partners in a mostly integrated North American economy. Canada has a product the U.S. badly needs to drive its housing industry. And in spite of numerous rounds of litigation, the U.S. has been unable to make allegations of unfair subsidies stick.

Nor does Canada pose a growing threat to U.S. industry. Its share of the market has dropped to roughly 27 per cent from 33 per cent in 2006. Experts expect the downward trend to continue because of dwindling Canadian timber supply – the result of sawmill shutdowns and a mountain pine beetle infestation in British Columbia.

And exports are way down, mainly because of the crash in the U.S. housing market. Softwood lumber exports to the U.S. totalled $5.6-billion last year, down from $8.4-billion in 2005.

It's even getting hard to tell the Canadian and U.S. industries apart. B.C.'s three main lumber producers – West Fraser, Canfor and Interfor – all own sawmills in the U.S. as a hedge against currency fluctuations and trade disputes.

The U.S. housing market is on the cusp of a big comeback. Housing starts reached an annual rate of 1.2 million in September, the highest level in eight years and the sixth straight month they've exceeded one million.

The potential is much greater. At 1.2 million, starts remain well below the historic norm of recent decades, according to a Bank of Montreal report this week. Starts have peaked at more than 2 million a year four times since the 1970s.

The calculation for the U.S. industry is a simple one. A trade challenge, even one that fails, would put a hefty temporary tax on Canadian exports for the two-plus years it would take to litigate a case.

But the duties are a sideshow. It's the effect they have that really matters. Duties inflate North American lumber prices and push up the value of U.S. private timber lands. The result is a permanent wealth transfer from Canadian producers to their rivals in the United States. Americans also pay more for their homes than they otherwise would.

Barring some last-minute change of heart by the U.S. industry, another round of litigation is a virtual certainty. "It is highly unlikely that another [softwood lumber agreement] will be reached," Canada West Foundation policy analyst Naomi Christensen argued in a recent report.

Mr. Trudeau will soon have a stark choice: stand and fight, or bow to more restrictions on a vital Canadian export. 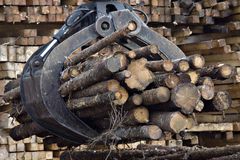