Canada's once-mighty asbestos sector has ground to a halt for the first time in 130 years, as production of the controversial fibre has stalled in both of the country's mines.

A shutdown this month marked a historic milestone for the Canadian asbestos industry, which at one time dominated world production and led to the construction of entire towns in Canada.

Proponents of the industry insist it's way too early write the obituary on Canadian asbestos; they're hoping to start digging again as soon as the spring.

But for now, amid all the noisy political debates and a dramatic anti-asbestos news conference Thursday on Parliament Hill, Canadian production has quietly and suddenly stopped.

Work halted earlier this month at the Lac d'amiante du Canada operation in Thetford Mines, Que., which followed a production stoppage at Jeffrey Mine in Asbestos, about 90 kilometres away.

The future of both mines is unclear.

Jeffrey Mine needs a bank-loan guarantee from the Quebec government before it can start digging a new underground mine. Lac d'amiante du Canada is apparently facing operational obstacles in accessing its mineral.

Canadian asbestos is expected to disappear from the international market altogether in the coming weeks, as the stockpiles at both operations dry up, says Jeffrey Mine president Bernard Coulombe.

Does the production standstill signal the end of Canada's embattled asbestos sector?

Not if you ask Mr. Coulombe.

"It's not closed... fibre is still being sold," said Mr. Coulombe, who explains that both mines are still selling small amounts from their limited inventories.

He predicts production to resume at Jeffrey in the spring – once the loan-guarantee is secured.

The production shutdown is the latest dip for an industry that has long been a shadow of its former self.

Canada gained a reputation as the world's top producer of a once-valuable global commodity that was hailed as the "magic mineral" for its fireproofing and insulating characteristics.

Canadian asbestos represented 85 per cent of world production in the early 1900s and the country's annual production peaked at 1.69 million tonnes in 1973, according to the U.S. Geological Survey.

The resource was so valuable that the U.S. military drew up plans during the 1930s to enter Quebec and defend the mines if Canada ever fell under German control, said a researcher who's studied the history of Quebec asbestos.

"It was also something that made the world safe and we wanted to be safe, especially during war time. It was a real comfort that things had asbestos in them," said Ms. Van Horssen, a post-doctoral student from McGill University.

But the industry began its steady decline in the 1970s as science started linking asbestos exposure to serious health problems, such as lung disease and cancer.

But Mr. Coulombe insists the international market for chrysotile – the type of asbestos mined in Canada – remains strong, which is great for business and the industry's future. The problem is, it also means the Jeffrey reserve will be bought up within a few weeks.

That prospect, he admits, has stirred up concern among his clients, who he says value Canadian chrysotile as the industry standard.

Instead, he says his customers will have to settle on lesser-quality chrysotile from places like Kazakhstan and Russia.

Mr. Coulombe, who says his mine has maintained a close working relationship with Lac d'amiante du Canada since 2008, had hoped its ally was going to pick up the slack until at least 2013.

"When one [mine]didn't have enough fibre, the other supplied it," he said.

"Our clients are a little unhappy with us because they say, 'We don't have any more comparable-standard fibre right now... we are in the hands of the Russians.'" LAB Chrysotile, which operates Lac d'amiante du Canada, shuttered its operation indefinitely this month. Last summer, company president Simon Dupere blamed its problem on internal challenges, including labour, production and development issues.

The company is also hoping to get permission from the provincial government to dig into a deposit under a highway in its central Quebec region.

Mr. Dupere did not return calls by The Canadian Press.

But Mr. Coulombe, and a published report, have said LAB Chrysotile's challenges are due to a massive rock slide that cut off access to the mine's economically viable chrysotile.

"They tried to remove it, more of it fell," Mr. Coulombe said of fallen rocks.

"That's why they had to stop operating because they spent and spent [money]and there's no mineral to sell."

But the future is bright for Jeffrey Mine, he says.

Mr. Coulombe is so confident in its potential that 25 workers have been busy preparing the new subterranean section, so it will be ready to open by the summer – as long as it gets support from Quebec.

Mr. Coulombe says he will only have enough money to open the underground mine if he secures a $58-million bank-loan guarantee from the Quebec government.

Once that project gets under way, he predicts Jeffrey can produce asbestos for another 25, or even 50, years.

The sector will have to continue fending off a growing group of international critics – made up of health experts and activists.

They want politicians to permanently close the Canadian industry, which ships the bulk of its asbestos to poorer countries where they argue safety standards are too weak.

Some of those activists held a dramatic news conference Thursday on Parliament Hill. They described the impact that exposure to asbestos has had on Canadians and their families.

Eleven-year-old Cavanagh Matmor tearfully recounted how she watched her grandmother gasping for air on her deathbed.

Her grandfather had worked in a Toronto factory with asbestos from the Jeffrey Mine, and her grandmother had become ill from exposure to the fibres her husband brought into the house.

"They just don't listen to others.

Ms. Matmor and her family are calling on the Charest government to reject the loan to keep the Jeffrey mine afloat — and to shut down the industry for good.

But Mr. Coulombe, like other industry supporters, insists Canadian asbestos is no longer handled in a careless manner.

He said it's perfectly safe when the mineral's tiny fibres are bonded in products like cement. 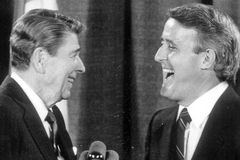 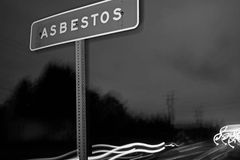 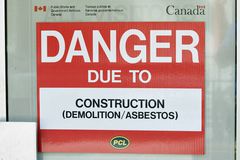 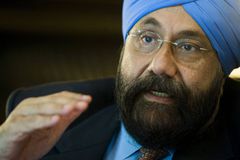