Canadian crude has become the poor cousin of the oil world, as a confluence of transportation and market factors threaten oil patch profits for months, if not years, to come.

Amid an explosion in oil sands growth, surging Canadian energy output has combined with pipeline problems and rocketing U.S. production to create a supply glut that is severely depressing prices, and profits. Concerns are now rising that the export pipes that sustain Canada's energy industry are rapidly filling up.

The effect has been severe and broadly felt. Canadian prices, relative to the rest of the continent, are taking one of the largest hits they've ever seen.

And it will likely take some time for prices to recover. Major new projects in the oil sands and the red-hot Bakken play in North Dakota are pumping out an extra 400,000 barrels a day every year, according to estimates by Cenovus Energy Inc.

That growth is coming at a time when new pipelines to move oil, such as Keystone XL and Northern Gateway, are experiencing serious opposition and delays. In addition, the existing network has experienced problems, such as the traffic accident that shut down a major Enbridge pipe Saturday. That pipe is expected to be back in service by Thursday, but the outage comes amid broader worries about available pipeline capacity.

Analysts have suggested that the current pipeline system can support growth until some time between 2014 and 2017. But the current discount pricing of Canadian crude is so deep, it suggests the system – including both available pipes and the ability of refiners to consume what's coming down them – is nearing capacity today, said Stephen Brink, chief of market fundamentals and hedging for Cenovus.

"We're getting very close," he said. "Price is as good a signal as anything of how tight you're getting."

He added that inventories of Canadian crude are beginning to grow, and "there's a very real risk" oil will begin to back up. Canadian producers could see "weakening" prices until mid-2014, when new pipelines from Enbridge, for example, could start carrying away more oil, Mr. Brink said.

The impact is hard to overstate: Canada produces some three million barrels a day of oil and virtually all of it is facing deep discounts, with the exception of relatively small quantities that flow to places like Vancouver and other coastal markets with higher prices. The 1.5 million daily barrels of Canadian heavy crude have been especially hard-hit: March prices saw their third-highest discount in the past five years.

Crude oil comes in different types of blends. In North America, the most traded and most visible is West Texas Intermediate . It is the trend setter, and other blends are priced off it. On Tuesday, WTI closed at $104.87 (U.S.) a barrel.

On the same day, Western Canadian Select, a heavy Alberta oil, dipped $34.50 under WTI. In the past few weeks, it has sold as much as $38 below the WTI benchmark, according to Net Energy Inc., a Calgary firm that operates an important oil trading system.

Canadian synthetic oil, meanwhile, fell $10 under WTI. It has in the last month fallen as far as $25 below. Synthetic blends are made by oil sands companies that pre-refine their product into a lighter oil. Under normal circumstances, they trade close to the benchmark price.

New heavy oil refining capacity coming online from Midwestern refineries in the next year could help alleviate the problem, said Andrew Potter, an analyst with CIBC World Markets. Even assuming that, however, "this situation may not be completely fixed until the second half of 2013," he said.

In the meantime, the oil patch could see some pain. The first three months of 2012, Mr. Potter said, are "clearly not going to be a good quarter. Between blowouts in heavy pricing, blowouts in synthetic oil pricing, weak natural prices – it's across the board. The only thing that's working, really, is downstream."

Downstream refers to refineries, which have seen hefty profits as they transform the cheap crude into more expensive end products like gasoline and diesel. That will mute the impact of the oil price discount on companies with refining capacity, like Suncor Energy Inc., Imperial Oil Ltd. and Cenovus.

It's still a large impact, however. In 2009, FirstEnergy analyst Martin Molyneaux calculated that a single-dollar drop in the heavy oil discount bled $340-million a year from Canadian oil patch top-line revenues. Oil production has increased since then, so that number is almost certainly conservative by today's standards. And light oil is now trading down, too.

Still, global commodity prices are immensely difficult to predict, and the price of smaller, regional commodities are even more so. Those who have endured the whiplash from previous shifts in Canadian oil pricing, which has a tendency to whipsaw rapidly, say this, too, shall pass.

"I've counted 30 per cent plus [discounts]four times over the past about three years. And every time they've gone back so far," said Tony Marino, chief executive officer of Baytex Energy Corp.

He pointed to a series of reasons why the current spread shouldn't last. For one, those refinery profits should help drive demand and eventually eat away at the discount. Companies like Baytex are also flexing their new ability to move oil by rail, a recent development. In March, 12 to 15 per cent of Baytex crude will move by train, allowing it to skirt oversupplied markets like the U.S. Midwest and sell instead to places like the Gulf Coast and California, where prices are so much higher that they more than compensate for the double-digit increase in transportation costs over pipe.

"It's a definite improvement," said Mr. Marino, who said Baytex intends to push for a "meaningful" increase to its rail volumes this year. 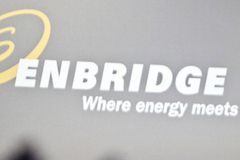 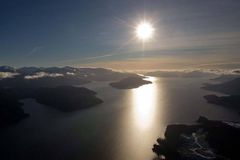 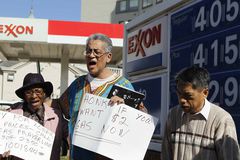 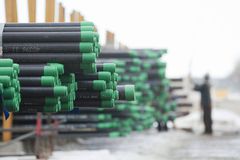