The mining industry is flooded. Years of expensive expansions have left the market awash with iron ore, metallurgical coal and copper.

For more than a decade, China's growing economy fuelled the bull market in commodities. Mining companies spent billions on acquisitions and new projects around the world, adding waves of new supply to keep the country's steel mills and factories humming.

Then China's economic growth slowed and the good times stopped. Now the mining industry around the globe is suffering amid a price collapse for some key metals.

"It will be a while before we see a boom again," said Fabien Jurdant, chief operating officer with CRU Consulting, a global commodities adviser.

"We are not seeing any kind of major upturn for some time. Unless there was some miracle, if India becomes the new China. But we are not predicting that," Mr. Jurdant added

Now entering the third year of the commodity slump, miners are still adjusting to the harsh realities. Projects have been shelved and jobs have been cut, as the fallout from sharply lower commodity prices is felt around the world.

Also this year, Walter Energy Inc. suspended coal-mining operations and laid off workers in British Columbia, and Teck Resources Ltd. idled its Quintette coal property in the western province. Anglo American PLC will soon halt production at its coal mine in the same province.

China, which has became the world's largest consumer of iron ore, copper and other metals, is growing at a slower pace.

"China is still growing. The question is 'will it materially outpace supply?' The answer is becoming no," said Bart Melek, head of commodity strategy with Toronto-Dominion Bank.

Weakened Asian demand combined with a surge in production has left a glut of commodities.

Over the past decade, production of iron ore, used to make steel, jumped to 1.85 billion tonnes in 2012 from 1.16 billion in 2003, according to the World Steel Association.

Copper, used in construction, electronics and energy, has jumped to 20.9 million tonnes in 2013 from 15.9 million in 2004, according to the International Copper Study Group.

And although the smaller iron ore companies are losing money and laying off workers, the world's biggest producers – Vale SA, Rio Tinto PLC and BHP Billiton Ltd. – have no plans to reduce output.

"They are low-cost producers and they are still generating okay margins," said Jessica Fung, commodity strategist with BMO Nesbitt Burns. "So rather than increase their profit margin per unit, they are going to produce more units," she said.

And more copper is coming onto the market, which will keep prices low for the foreseeable future. Big mines are expected to start producing next year. Those include China's Las Bambas project in Peru, HudBay Minerals Inc.'s Constancia in Peru and Wanbao Mining Copper Co.'s mine in Myanmar.

A similar story played out in Canada's gold industry, home to some of the world's largest gold producers.

Although the world is not drowning in gold, companies have been forced to shutter mines and projects when the precious metal lost a third of its value. Ore that was once profitable to mine when gold was trading above $1,500 an ounce has become a money-losing endeavour with bullion trading around $1,220.

Agnico Eagle Mines Ltd., one of the few miners to emerge from the rout unscathed, said there is a floor for the precious metal.

"Companies are not investing as much in new projects," Agnico's CEO officer Sean Boyd said in a recent interview. "Ultimately that will affect how much gold the industry can produce, which should be good for the gold price at some point."

The bullish case for gold prices? Add me to the skeptics
September 17, 2014 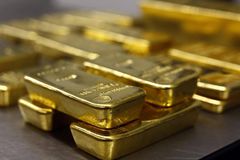 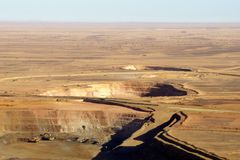 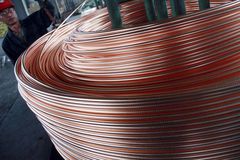