But the incoming administration's pro-oil policies also threaten to lure investment away from Canada if new regulations imposed by governments in Edmonton and Ottawa prove too onerous for the already-bruised sector. "If that balance is tipped further in favour of the United States, that will have an effect on Canada," he said. Mr. Trump has dismissed climate-change concerns and stacked his cabinet with energy insiders. His picks include former Exxon Mobil Corp. chief executive officer Rex Tillerson as secretary of state, one-time Texas governor Rick Perry at the energy department, and climate skeptic Scott Pruitt to lead the Environmental Protection Agency. The moves have put into sharp relief a growing split on energy between the two countries as the industry rebounds from a slump that has weighed on markets for more than two years.

Analysis: A pro-oil Team Trump is taking shape, but at what cost?

Analysis: After a tumultuous year, I predict a dull 2017

The president-elect has pledged to open onshore and offshore federal lands to development and is likely to roll back a ban on new Arctic drilling imposed by President Barack Obama in co-operation with Canadian Prime Minister Justin Trudeau. In Calgary this month, Mr. Trudeau played down competitiveness concerns and suggested Canada could gain an edge as it seeks new investment in alternative energy and other clean technologies.

The Liberals have backed a national carbon-pricing plan and endorsed efforts to slash methane emissions from oil and gas operations under a continental clean-energy deal with the U.S. and Mexico, though it is not clear Mr. Trump will adhere to the agreement.

"We know that this is the way the world is going, and if the United States wants to take a step back from it, quite frankly, I think we should look at that as an extraordinary opportunity for Canada and for Canadians," he told a Calgary business crowd.

The energy industry has only recently started shedding caution after implementing deep cuts to staffing and spending levels to cope with the sudden halving of oil prices from more than $100 a barrel two years ago.

Even so, few are predicting another investment boom. Indeed, Statoil ASA, Total SA and others have pared their exposure to high-cost oil sands, while domestic rivals tap the brakes on new spending.

The sector faces added costs as Alberta's carbon tax of $20 (Canadian) per tonne takes effect in January, rising to $30 in 2018. TD economists calculated the levy is unlikely to make or break an investment decision in the oil sands with U.S. oil prices at or above $60 (U.S.) a barrel.

But there are fears it puts the province and industry out of step with competitors in the United States, where massive shale reserves in North Dakota and Texas can be developed more quickly and cheaply.

"They will have competitive advantages because they don't have those charges. That's fair to say," said Steve Laut, president of oil sands producer Canadian Natural Resources Ltd. "We just have to be more innovative to combat that."

Mr. McMillan at CAPP called wider access to international markets fundamental for domestic producers, even as he acknowledged demonstrations against Kinder Morgan Inc.'s contested Trans Mountain expansion to the Pacific coast are "almost a certainty."

The Trudeau government approved the $6.8-billion (Canadian) proposal and another pipeline expansion in November, frustrating environmentalists and other supporters while drawing high praise from executives in the oil patch.

Many in the industry are also now counting on speedy approval of TransCanada Corp.'s moribund Keystone XL, rejected by Mr. Obama on climate grounds after years of study.

Its fate now appears to be in the hands of a lifelong oil man and a staunch advocate of the oil sands in Mr. Tillerson: Exxon-controlled Imperial Oil Ltd. is among the biggest operators in the resource.

"Having somebody at the state department, I think, that knows our industry very well is a good thing," Mr. McMillan said.

Rex Tillerson, Trump’s likely secretary of state, is a life-long oil man who backs Keystone
December 11, 2016
A pro-oil Team Trump is taking shape, but at what cost?
Subscriber content
December 13, 2016 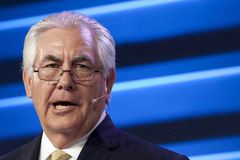 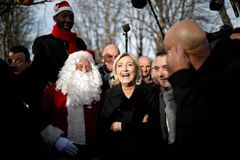