Already wielding its economic might to become a major source of capital for Canada's oil sands, China has struck a deal to help the province of Saskatchewan develop its burgeoning natural gas and crude assets.

China National Petroleum Corp. (CNPC) signed a memorandum of understanding with the province of Saskatchewan in Beijing that will see the state-controlled company evaluate investments in natural gas, heavy oil and carbon capture projects.

Premier Brad Wall called the unexpected deal the highlight so far of a joint trade mission to Asia with the premiers of Alberta and British Columbia. The three leaders are promoting a new economic partnership among the provinces in a trade mission that has visited Shanghai, Beijing and heads to Tokyo on Thursday.

"There is a real interest. Here is the fifth-largest oil company in the world signaling a very strong interest in the entire inventory of our hydrocarbon assets, save coal. Oil and gas, and potentially the heavier oil of the oil sands [are of interest to China]… we are going to be very happy to work directly with them," Mr. Wall said in an interview in Beijing.

China is filling an investment gap created by the economic downturn that has reduced capital availability in Europe and North America. It is also emerging as an attractive partner for Canadian companies because of its technological prowess in extracting the heavy oil that makes up most of the crude reserves in Alberta and Saskatchewan. Although China's state-owned firms have moved cautiously in Canada, buying into joint ventures and minority positions rather than outright takeovers, their acquisitions have gathered steam following Ottawa's efforts to open Canada to Asian investment.

Alberta has drawn most of the interest from Chinese firms so far, but Saskatchewan's burgeoning light oil plays and substantial oil sands deposits have also attracted major investor interest. The CNPC deal is another step in "an ongoing trend to look beyond the provincial boundaries of Alberta," said Garth Wong, chief financial officer at Calgary-based Oilsands Quest Inc.

It also "confirms that there is continuing interest in the oil sands, and confirms that the Saskatchewan government itself is on the right track in trying to develop its resources," he said.

Oilsands Quest is one of two companies with a major stake in Saskatchewan's oil sands which, while adjacent to those of Alberta and a multi-billion-barrel deposit, are considered more difficult to produce.

"Saskatchewan, on the oil sands side, is one of those longer-term resource plays and it's a way for [Chinese investors]to get in relatively cheap," said Chris Bloomer, chief operating officer for heavy oil at Petrobank Energy and Resources Ltd., another company with major Saskatchewan oil sands holdings.

Industry has also welcomed China's longer time horizon on investments, which Mr. Bloomer called "capital that has a little longer fuse to it."

The agreement to potentially help Saskatchewan develop energy projects caps a flurry of deals in recent weeks that has seen China pledge billions of dollars for stakes in Canada's oil and gas sector assets.

That transaction followed a blockbuster agreement in April that will see China's state-owned energy firm Sinopec pay $4.65-billion (U.S.) for a 9-per-cent stake in Syncrude Canada, the first major oil sands project in Alberta and one of the industry's top producers.

"I think there is a real interest in [natural]gas … we have great potential," he said.

Alberta premier Ed Stelmach also met with CNPC officials this week and discussed the potential for further Chinese investment in the province.

"We also are very interested in their technology, in enhanced oil recovery. They have recognized expertise in this area. It's one of the reasons, I believe, they invested in Alberta," Mr. Stelmach said in an interview this week.

B.C., Alberta and Saskatchewan account for over 90 per cent of Canada's oil and gas production. That has made those provinces, which recently formed an economic alliance dubbed the New West Partnership, a prime target for China, whose roaring economy has made it the world's largest commodity buyer. 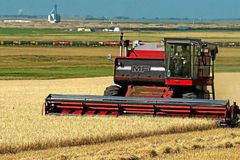 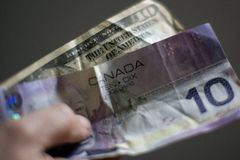 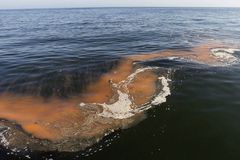 Follow Andy Hoffman and Nathan VanderKlippe on Twitter @iamandyhoffman @nvanderklippe
Report an error Editorial code of conduct
Due to technical reasons, we have temporarily removed commenting from our articles. We hope to have this fixed soon. Thank you for your patience. If you are looking to give feedback on our new site, please send it along to feedback@globeandmail.com. If you want to write a letter to the editor, please forward to letters@globeandmail.com.
Comments