The state-run company cut its year-end proved reserves of synthetic crude oil by 63 per cent to 301 million barrels. It also revealed it has made no formal decisions about what to do with Long Lake, where production languished last year at less than a third of its 72,000-barrel-a-day capacity.

"As at 31 December, 2016, there was no formal recommendation or decision from the business continuity planning work to suggest the future operating plan of Long Lake assets, which may significantly impact the recoverable amount of the oil sands properties of Long Lake assets in the future," the company said.

The company joins Exxon Mobil Corp. and ConocoPhillips Co. in slashing reserves in northern Alberta as low crude prices prompt international players to cut their exposure to the region.

Alberta's oil sands have some of the highest development costs globally, with new steam-driven projects requiring U.S. crude prices around $60 (U.S.) to break even. On Friday, West Texas intermediate fetched around $49 a barrel.

Earlier this year, Exxon and its Canadian affiliate, Imperial Oil Ltd., wrote down billions of barrels of reserves that underpin their massive Kearl mine and another oil sands project. ConocoPhillips downgraded more than one billion barrels of undeveloped oil sands reserves.

Both companies described the revisions as temporary, but they preceded an exodus that has seen a raft of major firms divest the bulk of their holdings. Sellers include Houston-based ConocoPhillips, European oil major Royal Dutch Shell PLC and Marathon Oil Corp.

A paper published this month by Calgary-based Canadian Global Affairs Institute said the departures mark a victory for the Organization of Petroleum Exporting Countries and top producer Saudi Arabia in the cartel's long-term battle for global market share.

Energy expert Amy Myers Jaffe said the oil sands are an important target for the OPEC ringleader since it cares about continued access to the U.S. market, currently the top destination for Canadian exports.

"Much ink is being spent writing about how OPEC (read Saudi Arabia) has not been successful in fashioning a price war against U.S. shale producers and Russia," wrote Ms. Jaffe, executive director of energy and sustainability at the University of California, Davis.

"But in the long-term game of setting the stage for competition to prevent prolific oil reserves from getting stranded, OPEC has achieved a Round One victory against the Canadian oil sands," she said in the paper.

The exit by major producers from the oil sands "should be taken as a wakeup call that these companies do not anticipate current technology will lower costs sufficiently in the future."

Long Lake in particular has become an emblem of China's woes in the oil sands, where its state-run firms have struggled to digest a series of multibillion-dollar acquisitions made when oil prices topped $100 a barrel.

CNOOC paid $15.1-billion for Nexen in 2012, but its flagship steam-driven project has been hampered by operational problems for years. Last year, the plant's net production averaged just 21,000 barrels of oil equivalent a day. Output was curtailed after an explosion tore through a processing unit, killing two workers. A year earlier, a pipeline rupture at the site spilled 31,500 barrels of bitumen emulsion. 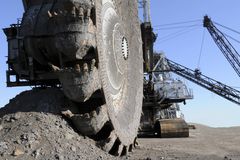