Court documents reviewed by The Globe and Mail show privately held Sequoia Resources Corp. sought relief at least once from a more stringent solvency test for buyers of oil and gas assets, including those requiring significant cleanup.

The request is among hundreds of exemptions the Alberta Energy Regulator (AER) granted even though it is attempting to stop companies from shedding environmental liabilities through insolvency proceedings in a case before the Supreme Court of Canada.

Since it toughened standards on asset deals in June, 2016, the AER has rejected just 16 (about 6 per cent) of 260 requests for exemptions to its rules, according to data from the regulator. The new test doubled the ratio of assets a company must hold in relation to its liabilities.

The substantial leeway has stoked criticism that the regulator is ignoring its own standards at a time when the province and the oil-and-gas industry are struggling to manage an estimated $9-billion in unfunded liabilities, including a spike in the number of wells that have no legal owner.

"Nothing that the AER has done has in any way reduced the scope of the multibillion-dollar liability problem facing the industry, taxpayers and landowners," said Keith Wilson, an Edmonton-based lawyer specializing in landowner and oil-and-gas issues.

Sequoia was among the biggest buyers of aging oil and gas wells through the industry-wide downturn, amassing thousands of sites and related infrastructure. This week, the company filed for creditor protection, warning that it would cease operations imminently owing to defaults on municipal tax payments.

The company owed $21.4-million to a long list of creditors that shows the level of overlap among companies and executives connected to Sequoia Resources. Calgary-based financier and Sequoia director Wentao Yang is owed $515,151, according to a document filed with PricewaterhouseCoopers Inc., the trustee.

A company called Shanghai Energy Employee Services Corp. is owed $76,585. The Globe has reported that privately held Shanghai Energy Corp. was listed as being based at the same suburban Calgary address as Mr. Yang.

Hao Wang, director and president of Sequoia Resources, is owed $977,954. Sequoia Operating Corp. is owed $700,000. It is not known precisely how the Sequoia entities are related.

Meanwhile, Sequoia Resources owes several Alberta counties and municipalities hundreds of thousands of dollars in unpaid taxes, according to the document. Other creditors include oil companies, pipeline and energy-processing firms, equipment providers, an international energy trading house and a rural baseball team.

Mr. Yang did not respond to an e-mail seeking comment. Mr. Wang could not be reached. A phone number listed on Sequoia Resources' website appears to have been disconnected.

The company's struggles have come to light after the AER issued a compliance order last week warning it against walking away from its cleanup obligations.

Sequoia's deal-making included a 2016 acquisition of assets from bankrupt Waldron Energy Corp. Court documents show that Sequoia participated in a conference call with the regulator and Waldron's receiver in October of that year. The company later submitted "a request to the AER to apply discretion" in relation to a toughened solvency test, the documents said.

A spokesman for the AER did not directly address criticisms but said the regulator works with buyers of assets to monitor progress on managing liabilities. The regulator said in a Jan. 30 statement that Sequoia's request included a cleanup plan for the Waldron assets.

Alberta's Auditor-General is expected to release a report on the province's apparatus for handling oil-and-gas liabilities in 2019. 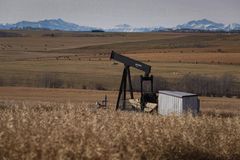 Follow Jeff Lewis and Jeffrey Jones on Twitter @jeffalewis @the_Jeff_Jones
Report an error Editorial code of conduct
Due to technical reasons, we have temporarily removed commenting from our articles. We hope to have this fixed soon. Thank you for your patience. If you are looking to give feedback on our new site, please send it along to feedback@globeandmail.com. If you want to write a letter to the editor, please forward to letters@globeandmail.com.
Comments are closed