In 2001, Mr. Wren moved from Fort Nelson to Tumbler Ridge, where he bought a house for $28,000, just months after the nearby Quintette coal mine closed amid depressed prices for the commodity. Hundreds of houses were auctioned off in the fall of 2000 as the closing of Quintette triggered fears that Tumbler Ridge would turn into a ghost town.

The town persevered, however, as new coal mines opened several years later. Houses like the one Mr. Wren bought 12 years ago are now worth at least $200,000, despite a slump in coal markets since 2011 that has reduced coal production in northeastern British Columbia.

It's a recurring theme for Canada: Despite efforts to diversify economically, prosperity rises and falls on the back of demand for what miners can pull out of the ground. More often than not, prices for these products find a floor and rebound.

"As a resource-based community, we know that the price of coal will certainly go up and down. But over the long term, we believe that the demand for coal will be there. We know that we have an exceptional quality of coal here," Mr. Wren said.

Anglo American PLC's announcement last week that the company will expand its coal operations in the region, requiring investments of $200-million, has helped shore up confidence in Tumbler Ridge. The London-based miner expects the expansion to create 100 new construction jobs, and the larger operation will ensure the jobs of more than 420 workers by extending coal production for 16 years. Anglo American has acquired the 102-room Trend Mountain Hotel in Tumbler Ridge, reserving more than 50 of those rooms for mining staff accommodation.

The prospect that Teck Resources Ltd. could finally revive Quintette through an $860-million re-engineering project helps to bolster sentiment. Separately, Vancouver-based HD Mining International Ltd. is considering plans for a $300-million coal venture. HD forecasts that its Murray River project will have up to six million tonnes a year of coal production and create 600 jobs at the mine site nearly 13 kilometres southeast of Tumbler Ridge. In May, the Federal Court of Canada dismissed a challenge by two unions over HD's hiring of 201 temporary foreign workers from China to kick-start a preliminary phase that will include extracting bulk samples of coal.

In 2011, prices for coking (or metallurgical) coal, a key steel-making ingredient, began weakening. Prices for coal exported to Japan, South Korea and other markets in Asia have plunged by more than half over the past two years to $147 (U.S.) a tonne. Still, looking to the longer term, Anglo American is betting that its expanded B.C. coal operations will help feed Asian steel makers.

The high quality of B.C. coking coal and the relative ease of transporting the commodity on an underutilized rail line to the Ridley export terminal near Prince Rupert is expected to help Anglo American find new Asian customers, as well as win some market share away some suppliers to steel makers in Japan, South Korea, China and others in the region.

The low sulphur content of B.C. coal and an expansion project to more than double the Ridley coal-exporting terminal's capacity by the end of 2014 will give coal from northeastern British Columbia a competitive edge in the long term in supplying Asian steel makers, said David Charles, an analyst with Dundee Securities Ltd.

Vancouver-based Teck received provincial permit approval two months ago to reopen Quintette, following a feasibility study the company started in 2010. Teck spokesman Chris Stannell said the project is in a holding pattern. "We have delayed the final stage of development and will not commence production until the steel-making coal market recovers," he said in a statement. "If a decision is made in early 2014 to proceed with the reopening, the operation could be in commercial production by mid-2015."

B.C. Energy and Mines Minister Bill Bennett said Teck is well positioned to restart Quintette, which originally operated from 1982 to 2000. "I am very confident that Teck is not about to squander the investment that it's made in Tumbler Ridge over the past couple of years," Mr. Bennett said in an interview. "Teck isn't going to mothball the operation. They're just waiting for the right time to pull the trigger. They're a mature company and can afford to wait."

Mike Bernier is the member of the provincial legislature for Peace River South, a sprawling riding that encompasses Tumbler Ridge. He marvels at how Tumbler Ridge has recovered over the past 13 years. "Even with coal prices down right down now, when you see an investment from a major global player like Anglo American, you see that it's about making decisions for the long term," he said. "Tumbler Ridge is susceptible to the ups and downs of the coal market, so it's important to see a company coming through for the long haul." 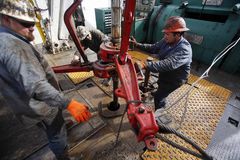 Opinion
Ontario’s power policies an example of what not to do
August 18, 2013 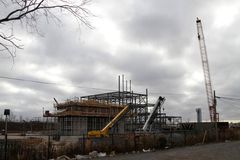