If you want to understand the forces behind the global commodity slump, turn your thoughts to the rust-red flatlands of Western Australia, where a mining magnate's grand ambition is on the verge of becoming reality.

It's there that Gina Rinehart, chairman of Hancock Prospecting and the richest person in Australia, is putting the final touches on her Roy Hill project, a new iron ore mine that cost $11-billion (U.S.) to develop. It is expected to begin producing any day now and at full capacity will churn out 55 million tonnes of ore a year, using its own railway and a specially built port facility to get its output to buyers. But here's the catch: The new mine, the culmination of a 20-year-old dream for Ms. Rinehart, is entering a market already flooded with iron ore. Prices have plunged by two-thirds since their peak in 2012, and even more capacity is being added, notably through Vale SA's S11D project, a massive new Brazilian mine that is expected to start production next year.

The head-on collision between supply boom and price bust in the iron ore industry is a microcosm of what has taken place throughout much of the mining sector in recent years. Since July, the price slump has taken on a new urgency, with several metals and minerals slipping from already depressed levels to mult-year lows. In addition to iron ore, the prices for copper, gold, nickel, aluminum, zinc and lead are now at, or close to, their cheapest points since 2009.

The decline is being driven, in part, by bountiful supply. Mines such as Roy Hill that were launched during the giddiest patches of the so-called commodity supercycle are still coming into production, pouring new output into already crowded markets.

"During the supercycle, debt and equity markets flooded in to fund a lot of marginal projects," says Heath Jansen, global head of the metals and mining research team at Citigroup. "What we're now in is a period of digestion in which all that capacity is coming into the market."

Just as important is fading demand. China's voracious appetite for raw materials fuelled the epic boom in commodity prices that crested in 2011. Since then, economic growth has slowed from a double-digit pace to below 7 per cent a year, and the Chinese craving for commodities has eased off.

Adding to the sector's problems is the muscular U.S. dollar. Most commodities are priced in greenbacks, so a strong dollar depresses demand by making it more expensive for buyers outside the United States to purchase metals.

Today's combination of a lacklustre global economy and an expensive dollar amounts to a brutal one-two punch for raw-materials markets. "A rising U.S. dollar is negative for commodity prices … but what is really negative for commodity prices" is weak global growth in terms of the U.S. dollar, Mr. Jansen says. Major commodity importers such as Japan, South Korea and much of Europe are barely growing in local currency terms. Meanwhile, those local currencies are losing value against the U.S dollar.

As a result, the global purchasing power that can be directed toward commodities is dwindling. "In nominal U.S. dollar terms, this year by our calculation was the worst year in the past 30" for growth in commodity consumption, Mr. Jansen says.

The Citigroup analyst does see some hopeful signs on the horizon, including early indications of a tightening market for base metals, but not everyone is so sure. David Jacks, a professor of economics at Simon Fraser University in Burnaby, B.C., is the author of a recent paper, From Boom to Bust, that tracked the performance of 40 commodities since 1850. He doesn't see any historical precedent for a quick bounce back.

The last commodity cycle peaked around 1980, he says. It took price declines of roughly 70 per cent in real terms before markets began to head up again. By comparison, the current downturn has chopped only about 40 per cent off prices. "My gut sense is that we're probably about two-thirds to 75 per cent of the way to hitting the bottoms," Prof. Jacks says.

The most immediate threat to commodity prices – and a major reason for their recent slide – is the growing possibility that the U.S. Federal Reserve Board will raise interest rates in December. That, in turn, would probably boost the U.S. dollar to even greater heights and put more downward pressure on commodity prices.

"The potential hike in interest rates has become nearly a destabilizing event," says Patricia Mohr, an economist and commodity specialist at Bank of Nova Scotia. "Commodity prices across the board are likely to remain fairly weak and challenging during the next nine to 12 months."

She cautions, however, that each commodity follows its own logic. Zinc, for instance, could rally next year, as demand begins to outpace supply. And by 2017, other metals, notably copper, could also begin a sustained rise.

"It's important for people to realize that Chinese demand for base metals is still growing," Ms. Mohr says. The country's latest five-year plan sets out ambitious expansion targets and Beijing could surprise commodity markets if it shows a willingness to engage in more economic stimulus. "I don't think the Chinese growth story is over." 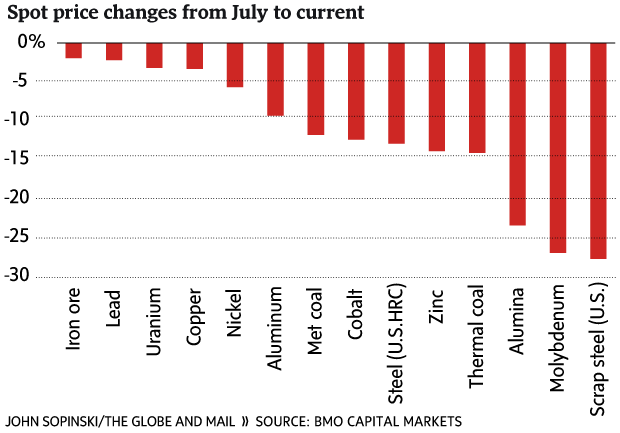 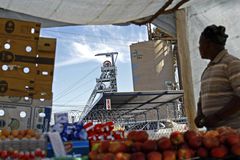 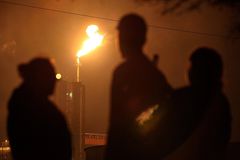