To supporters, ethanol is a wonder fuel – clean, renewable and cheap.

Historically, it is true that ethanol has been less expensive than gasoline. But not this year. Ethanol is now on the verge of becoming the more expensive fuel, based on recent benchmark New York Harbor prices.

Blame it on corn, the ingredient of choice for making ethanol in North America. Towering corn stalks typically dominate the midsummer landscape across the farm belt, but not this year, as a devastating drought threatens to wipe out as much as a quarter of the U.S. corn crop. Ontario officials say 10 to 20 per cent of the province's crop may be ruined.

That has sent the corn futures soaring to near record highs in recent weeks, pushing up the price of everything it is used for, including ethanol and animal feed, and creating havoc throughout the global food chain.

The price spike is also raising some awkward questions about the wisdom of Canadian and U.S. rules that require refiners to blend ethanol into their gasoline.

If there is not enough corn to go around, where should it go – food, feed or fuel?

Roughly 40 per cent of the U.S. corn crop now goes to ethanol, and the share increases every year, amplifying price pressures when the market is tight. The rest of the U.S. crop goes to food, animal feed and various industrial uses. And because the U.S. is a major global corn exporter, the drought is making food more expensive everywhere.

Barack Obama is under pressure to scrap the ethanol mandate in the face of the extreme conditions – the worst to hit the farm belt since the early 1950s. Cattle ranchers, poultry producers and food producers have all asked the U.S. Environmental Protection Agency to suspend the mandate until corn prices ease. Similarly, the Food and Agriculture Organization of the United Nations recently appealed to the Obama administration for relief after the agency's food index shot up 6 per cent in July.

"An immediate, temporary suspension of that mandate would give some respite to the market and allow more of the crop to be channelled toward food and feed uses," the FAO's Brazilian director-general, Jose Graziano da Silva, pleaded in a recent opinion piece in the Financial Times.

Reaction has been surprisingly muted in Canada, where a two-year-old federal mandate requires that refiners blend at least 5 per cent renewable fuel into gasoline supplies. Several provinces impose additional regional mandates, including Ontario and British Columbia. The United States imposed a 10-per-cent mandate five years ago.

The Canadian ethanol industry is already playing defence, insisting that high energy prices, not diversion of corn to ethanol plants, are causing food prices to spike.

The mandate has spawned a thriving domestic industry, which now counts roughly 20 ethanol plants, producing some 2.2 billion litres a year. That's enough to meet roughly 85 per cent of the legislated demand. Canadian refineries gets the rest from the United States and is now the largest foreign buyer of U.S. ethanol.

So Canada is at least indirectly contributing to the global supply crunch for corn, identified by the UN.

And while it is true that ethanol and other biofuels curb greenhouse-gas emissions, it is a benefit that comes at a steep price to taxpayers. Ottawa and the provinces generously subsidize the industry to the tune of roughly $250-million per year, making ethanol one of Ottawa's priciest greenhouse-gas reduction schemes going.

If there is a more efficient way to lower greenhouse gases, Ottawa and the provinces should do it.

And if ethanol truly is the answer to making energy less expensive and more sustainable – as the industry insists – then the product should stand on its own in the market, without subsidies or mandates.

The push for ethanol has always been good politics. But in a world of scarcity and steep prices, it is no longer an obvious policy winner. 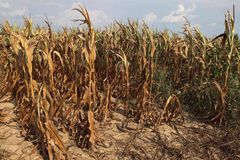 Many young people are taking another look at the family farm
May 1, 2018 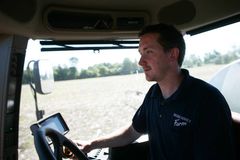 NDP accuses government of cronyism in ethanol plant approval
May 1, 2018 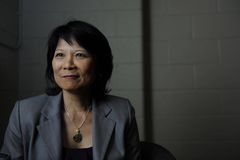