There's growing pressure in the United States for President Barack Obama to end the country's ban on crude oil exports, as unconventional production booms and reliance on imports shrinks.

U.S. Senator Lisa Murkowski – the leading Republican on the Senate's energy committee – added her voice Tuesday to calls from the oil industry and its supporters to open the American industry to full free trade, with proponents arguing that growing exports would boost job growth and improve the country's balance of trade.

"The rules of engagement on energy trade were written long ago for a now bygone world in which scarcity, not abundance, was the prevailing mindset," Ms. Murkowski, who hails from Alaska, said in a speech at the Brookings Institution in Washington Tuesday. She said U.S. crude exports would put downward pressure on international prices, which tend to drive prices at the gas pump.

Ending the ban would be a boon to Canadian producers because it would alleviate a growing glut of light oil in the U.S. mid-continent that has driven down benchmark North American prices in relation to international prices. With the ban in place, Canadian exporters face increased competition in the American market from the booming production of tight, light oil. While many U.S. refiners are configured to process heavy crude such as oil sands bitumen, price distortions caused by the export ban could encourage them to run domestic supply instead.

At a separate event in Washington, Jack Gerard, president of the American Petroleum Institute, urged the administration to allow crude exports even as he urged approval of TransCanada Corp.'s Keystone XL pipeline that would bring more heavy-oil imports to the U.S. Gulf Coast.

President Obama is unlikely in the short term to lift the crude export ban – which contains an exception for shipments to Canada – though Energy Secretary Ernest Moniz fuelled the debate recently when he said the regulations should be reviewed. The industry is laying the groundwork for an eventual loosening, if not a complete end, to the prohibition which was put in place in 1975 in response to the Arab oil embargo.

Both Mr. Gerard and Senator Murkowski highlighted the U.S.'s energy renaissance – the dramatic growth in production of crude oil and natural gas that resulted from new drilling techniques such as hydraulic fracturing, or fracking – to argue the country has entered an era of energy abundance. The U.S. has seen its crude production grow by two million barrels a day in the past two years and is forecast to become the world's largest oil producer by 2015.

But it will not become self-sufficient in oil, and will depend on imports from Canada and/or elsewhere.

In a forecast released last fall, the Paris-based International Energy Agency said American production will grow to 11.6 million barrels by 2020, and then largely flatten out before beginning a slow decline later in the decade. But with falling oil consumption expected over the next two decades, the IEA says imports will shrink from 8.5 million barrels a day in 2012, to 5.9 million in 2020 and 3.1 million in 2035.

Much of the U.S. foreign requirement could be met by Canada, particularly if the Keystone XL pipeline is approved. Imports from Canada averaged 2.4 million barrels a day in 2012, and TransCanada and Enbridge Inc. are proposing to increase that by roughly 1.5 million barrels daily.

U.S. exports of refined products – notably diesel – and of natural gas liquids such as propane and butane have soared in recent years, and the Obama administration is slowly approving projects to ship liquefied natural gas to foreign markets.

But critics say crude oil is different. "The export of U.S. produced oil would weaken our energy security by sending this critical commodity overseas," said Daniel Weiss, a senior fellow at the Center for American Progress, a left-of-centre think tank. "It would also increase our reliance on foreign oil imports. American oil should remain on American soil."

The Obama administration is unlikely to spend the political capital required to overturn the ban, particularly as mid-term elections approach, said Robert Johnston, director of global energy for Eurasia Group, a U.S.-based consultancy.

"With oil, the U.S. is still going to be an importer and there is a lot of murkiness around the tight oil revolution," he said. "Opinions are still mixed in terms of the effects of U.S. tight oil on the markets and the sustainability of production." 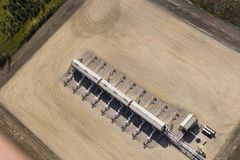 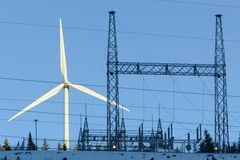 Why Obama will want to keep dithering on Keystone Subscriber content
May 11, 2018 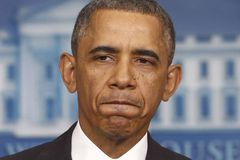 North Dakota’s explosive Bakken oil: The story behind a troubling crude
May 11, 2018 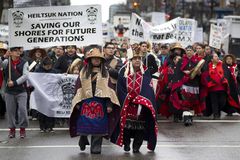