Oil sands producers face forced slowdowns in spending, or even outright project cancellations, as a glut of new production in the United States magnifies the pain of falling oil prices for Canadian energy companies.

Crude prices have now tum bled to a point where some oil sands plants are nearing break-even levels, and the likelihood that low prices will persist is a matter of serious concern for Alberta's most important industry, international energy research firm Wood Mackenzie warned Monday.

The oil sands region is one of the costliest in the world to develop. And as oil prices tumble, it is vulnerable.

"Oil sands projects display some of the highest break-evens of all global upstream projects," the firm said. "The potential for wide and volatile differentials could result in operators delaying or cancelling unsanctioned projects."

New oil sands mines, for example, require prices of around $80 (U.S.) a barrel to break even, Wood Mackenzie found. Add an upgrader, the "pre-refinery" that transforms heavy oil into a lighter crude that can be further refined into diesel and gasoline, and the needed break-even rises to above $100. So-called "in situ" projects, which use wells and underground steam injection to extract oil sands crude, are less vulnerable, with a break even of about $60.

Benchmark North American oil prices currently around $84 are sharply below recent levels above $100. But many Alberta producers are exposed to even lower prices. They are currently fetching just $64 a barrel as they face competition from new oil supplies in the Bakken plays of North Dakota and a glut of supply into Midwestern U.S. refineries.

New oil sands industry production of 660,000 barrels a day is slated to come largely from projects already approved. But of the 1.1 million barrels a day forecast to come on stream between 2015 and 2018, nearly a quarter comes from projects that carry more uncertainty.

Existing Alberta oil sands projects tend to have solid economics. The first segment of Royal Dutch Shell PLC's oil sands mine, for example, runs at cash costs in the $30s per barrel. The more recent expansion, however, needs $75 to break even.

"There is little scope to adjust near-term production, due to the amount of capital already sunk," the report finds. "However, if the external environment proves to be unattractive, companies do have the option to significantly change the longer-term production outlook."

The report suggests a number of projects are "prone to delay," including expansions of Canadian Natural Resources Ltd.'s Horizon, Cenovus Energy Inc.'s Narrows Lake, and Fort Hills and Joslyn, a pair of mines being pursued by Suncor Energy Inc. and Total SA.

"We continue to move forward with our oil growth plans, including Narrows Lake, and we are confident that we'll be able to get our oil to market and that oil prices will remain at a level that makes sense for us to continue to expand over the long term," Cenovus spokesperson Rhonda DelFrari said in an e-mail.

"The spot price of crude at any given time does not factor into our project decisions. These are large multiyear projects and we take a long-term view on oil prices," said Suncor spokesperson Sneh Seetal.

Right now, however, crude prices in Canada are suffering heavy discounts. Pipeline problems and a glut of crude in the Midwest led to a substantial discount for Canadian oil in the first quarter. Those discounts narrowed for much of the second quarter, but have recently returned, and observers say such volatility – which has a substantial impact on returns for the oil sands, in particular – is likely to persist for the next few years.

In a report published Monday morning, CIBC World Markets Inc. analyst Andrew Potter pointed to prices for Canadian heavy oil now selling for just $64 a barrel, or a 23-per-cent discount to the North American benchmark West Texas intermediate crude. Canadian light oil is down, too: synthetic crude, the upgraded oil sands product, usually sells at a premium to WTI. It's now selling 6-per-cent below the benchmark.

"If macro conditions continue to deteriorate we would not rule out a short-term pullback into the $70/bbl range," he wrote.

For the oil sands, the fact that new pipeline capacity is uncertain – Keystone XL has yet to gain approval, and the road ahead is iffy for West Coast projects like Enbridge Inc.'s Northern Gateway and Kinder Morgan's Trans Mountain expansion – adds to the concern. (Rail, given 18-month wait times for new oil tanker cars, is unlikely to be a large alternative any time soon.) "A lack of visibility on available transportation capacity and, in turn, the prices that may ultimately be achieved could impact oil sands projects' commercial viability," the Wood Mackenzie report finds.

And, it adds, its data suggests unsanctioned oil sands projects are the most expensive in the world, meaning "they are particularly susceptible to delay and cancellation."

CHOKEPOINTS ON THE ROUTE SOUTH

As growing volumes of bitumen and tight oil test the capacity of the U.S. pipeline system, pinch points are becoming evident, particularly along these three crucial oil sands export routes:

Enbridge's Mainline moves a variety of crude types from Edmonton and Hardisty to Superior, Wisc. From Superior, crude is delivered to the Pine Bend refinery and Line 5 moves product farther east to Sarnia, but the bulk of the throughput is moved south to refineries in the Chicago-area via the Lakehead System. These southern legs are capable of transporting 1.3 million b/d, but also have accommodated increasing amounts of Bakken production at the Clearbrook connection point, northwest of Superior. Enbridge's Southern Access project added 400,000 b/d of capacity south of Superior when it came online in 2009, and the addition of further pumping stations is planned that will raise the line's throughput. Nevertheless, growing oil sands and Bakken volumes will keep this route near its stated capacity.

Beyond the Lakehead System, Enbridge's Spearhead System transports crude from Flanagan, Illinois to Cushing, Oklahoma. Spearhead's capacity is 193,300 b/d. Enbridge is progressing the Flanagan South project, which would add an initial 585,000 b/d of capacity along the route. Other company proposals, such as the reversal of the Capline pipeline to Louisiana, would also help transport oversupplied Midwest markets south.

TransCanada operates the Keystone Pipeline which began operations in June 2010 after conversion of a gas pipeline from Hardisty, Alta. west to Manitoba and construction of a new pipeline from Manitoba south to Steele City, Nebraska and then east to Patoka, Illinois. In 2011, the Phase 2 expansion increased the line's capacity to 591,000 b/d and extended the pipeline's southern path from Steele City to Cushing. The proposed Keystone XL project would establish a direct route from Hardisty to its existing Steele City connection point, but US government approval is needed. Keystone XL also includes plans to construct a new pipeline from Cushing to the Nederland, Texas terminal, allowing access to the Gulf Coast market. Approval for the Gulf Coast portion has been granted.

Kinder Morgan's Express Pipeline, with a stated capacity of 280,000 b/d, feeds into Casper, Wyoming where the Platte system moves the crude south and east to Wood River, Ill. Platte capacity shrinks to 145,000 b/d past Guernsey, Wyoming while also adding volumes from the Rocky Mountains region, including Bakken oil. The constrained capacity on this leg of the pipeline limits the amount of volumes capable of moving south on the Express line. Kinder Morgan's Pony Express project, due onstream in 2014, would increase throughput between Guernsey and Cushing and possibly allow for improved utilization of the Express export line.

These potential pinch points are in addition to the current and well-publicized shortfall in capacity to move crude south from Cushing. Indeed, there are other contributory pinch points not listed that have the effect of exacerbating the situation at Cushing. For example, the lack of capacity to move Permian supply directly to the US Gulf Coast is leading to increased volumes arriving at Cushing and adding to the oversupply problem there. 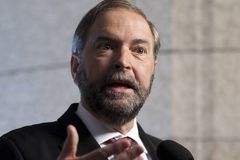 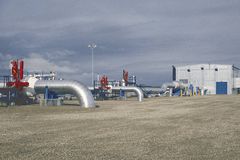 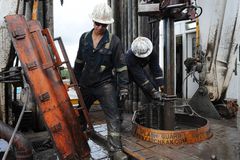 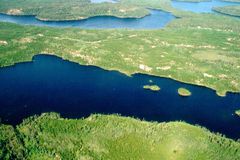