The United States needs Canada's "dirty oil," the energy-hungry country is set to concede after a raucous environmental debate that has threatened the expansion of Alberta's oil sands.

The U.S. especially needs the oil sands to keep the country's crucial refining hub on the Gulf Coast humming, a key factor that underpins the U.S. government's likely approval of a controversial new oil sands pipeline.

TransCanada proposed Keystone XL line, which would link Alberta to Texas, has come under significant political fire, both inside and outside the U.S. government.

But the swirling political debate appears to be near an end.

Secretary of State Hillary Clinton has confronted the reality of the United States' energy situation and decided that the U.S. needs Canada's oil sands. It might be "dirty oil," she said in a key speech last week, but supporting the flow of the oil is a necessary part of a "very hard balancing act" between energy security and the pursuit of new clean energy technologies.

The Gulf Coast around Houston is the largest refining hub in the U.S., but supply to the region has dwindled because output in Mexico is in decline and Venezuela is moving some of its oil elsewhere for political reasons. The difficult-to-refine oil from the oil sands is similar to the crude oil from Mexico and Venezuela.

"This strengthens U.S.-based refining," said Bill Day, a spokesman for Valero Energy Corp., owner of two large refineries on the Gulf Coast, including one at Keystone XL's terminus.

"It gives us a dedicated source of crude oil from a close neighbour and excellent trading partner."

Keystone XL is the second half of a $12-billion project, which would roughly double the system's capacity to 1.1 million barrels of oil a day. TransCanada has long-term shipping deals for most of the line's capacity with large oil sands producers such as ConocoPhillips Co., Suncor Energy Inc. and Royal Dutch Shell PLC, as well as with Valero.

Shell has bet billions of dollars on shipping more Canadian oil to Texas, as it upgrades a refinery at the Keystone XL terminus to handle oil sands crude.

A final decision from the U.S. government is expected by next spring. Ms. Clinton on Wednesday said she is "inclined" to back the pipeline.

"Americans like their oil," said Steven Paget, an analyst at FirstEnergy Capital, pointing to a price spike in Chicago, and a clamour among consumers to quickly fix the problem when a pipeline in the region in September was briefly shut down after a small spill.

Mr. Paget added that Washington would be hard-pressed to reject Keystone XL after approving similar oil sands pipelines, despite the recent controversy around XL.

Keystone XL has been attacked by critics inside and outside of the U.S. government, but prominent legislators have also come out to support the project. Republican Lindsey Graham of South Carolina visited the oil sands in September, arriving with "ominous views." He left more than convinced: "I am going to do everything I can to make sure that oil sands production is not impeded because of U.S. policy."

The U.S. sees the twin values of energy security and economic development that come with Keystone XL, said Robert Jones, a TransCanada vice-president.

"They are recognizing these two important aspects of our project," Mr. Jones said.

The first half of Keystone - which carried oil sands output from Alberta to southern Illinois - was approved without much uproar. But the spectre later emerged of Alberta's "dirty oil," in the words of Ms. Clinton on Wednesday and many others before, which has dogged XL.

Mr. Jones also cited the challenge of negative stories about the oil industry this year, led by the BP's Gulf disaster and including Enbridge Inc.'s pipeline spill in Michigan.

"If you look at the past year, oil's been in the national headlines," he said.

TransCanada still needs to finalize its environmental impact statement with the U.S. State Department, expected late this year or early next year. If approved, a final 90-day period begins before the potential receipt of the required presidential permit.

TransCanada has said XL could be in service in 2013. As of last month, it already had purchased the steel pipeline segments, most of the materials for the pump stations and about half of the required surface land rights for its right-of-way in the U.S.

Travis Davies, a spokesman for Canadian Association of Petroleum Producers, the industry lobbyist, said Ms. Clinton's comments reflect recent support such as that of Mr. Graham. Mr. Davies said it indicates "the value of trading with Canada" and efforts by industry to improve its environmental record. 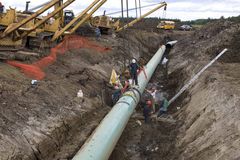 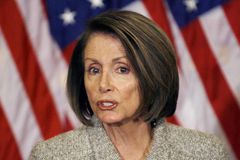 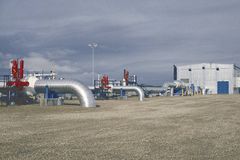