Shares in Canadian pipeline companies Enbridge Inc. and TransCanada Corp. failed to recover fully on Friday from a steep sell-off on Thursday after the United States said it would eliminate a tax break for owners of certain interstate pipelines.

Both Calgary-based companies hold such pipelines in the United States through master limited partnerships, or MLPs.

The decision by the U.S. Federal Energy Regulatory Commission (FERC) to no longer allow MLPs to recover an income-tax allowance from cost of service tariffs came in response to a 2016 court ruling that found its long-standing tax policy could result in double recovery of costs.

Enbridge shares fell by 4.2 per cent to $41.06 on Thursday, but recovered to close at $41.28 on Friday, up 22 cents, after it issued a statement that says it is not expecting a "material change" to its financial guidance over the next three years because of the FERC ruling.

TransCanada shares dropped 2.1 per cent to $55.89 on Thursday. On Friday, they rebounded to reach an interday high of $56.45 but closed two cents lower.

FirstEnergy Capital said in a report TransCanada will be less affected than Enbridge because its main exposure is through its interest in TC PipeLines.

It said in its statement the former is expected to experience an $80-million decrease in annual distributable cash flow because of the FERC decision, but that will be somewhat offset by a revenue increase on the Canadian Mainline system held by Enbridge Income Fund Holdings Inc.

About 60 per cent of Spectra's gas pipeline revenue comes from negotiated or market-based tariffs and are not directly affected by the FERC policy revisions but the remainder is from cost of service-based tariffs which "could be subject to tax recovery disallowance," it said. Spectra pipelines that move oil and other petroleum liquids are not expected to be affected.

CIBC estimated the FERC ruling would knock about $3 a share from of its valuation of Enbridge and $1 a share for TransCanada.

"We cannot help but wonder about the long-term viability of MLPs," it said in a report.

The report says the implications of the FERC decision are difficult to quantify given the strategies companies may employ to deal with it and the mix of existing rate structures and rate settlement terms, but the impact should decline over time as newer pipelines tend to employ negotiated rates, not cost of service tariffs. 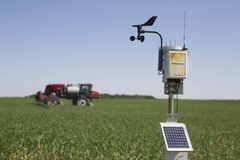