Encana Corp. is spending $3.1-billion (U.S.) on an oil acquisition in Texas, a deal that accelerates the company's strategic shift but depends on cost-cutting and technical expertise in shale plays to justify the price tag.

The Canadian energy company on Wednesday said it has struck a deal to buy Freeport-McMoRan Copper & Gold Inc.'s 45,500-acre tract of land in the state's oil-rich Eagle Ford play. This marks Encana's first major acquisition of producing assets since 2007, when it bought Leor Energy's share of another Texas operation for $2.55-billion.

Encana has spent the past five months selling assets in order to narrow its focus on oil and natural gas liquids. The deal, Encana said, will roughly double its oil production and speed up its transition away from natural gas. It gives the company a sixth key region.

The price tag, market players say, appears cheap when considering what Encana is immediately getting in cash flow, but expensive when measured against reserves and accounting for declining production at the Texas operation.

"It wasn't a steal for Encana," said Manuj Nikhanj, head of energy research at ITG Investment Research. The trick, he said, will be in Encana making good on its promises to improve upon Freeport's work. "Encana is very good technically, so there's upside."

Doug Suttles, Encana's chief executive, trumpeted the company's "optimization" abilities and experience in resource plays. Eagle Ford, he said, is ripe for that. "It's highly conducive to further improvements," Mr. Suttles said on a conference call detailing the acquisition. The company could add more wells in patches of land where there are already wells operating, a practice known as downspacing.

The "continued evolution" in completion design and hydraulic fracturing techniques will also help, Mr. Suttles said. "As we look at the potential for additional value-creation in this property, clearly we believe the focus we have across our five core growth plays on continuously improving the cost efficiency will be utmost in our plans."

Eagle Ford is one of the largest three oil plays in the United States, alongside the Bakken and the Permian basin, and a key part of surging U.S. oil production. Encana's new slice of Eagle Ford produced about 53,000 barrels of oil equivalent a day in the first quarter.

Laura Lau, a senior vice-president and portfolio manager at Toronto's Brompton Funds, said the $3.1-billion price tag works if Encana can execute technically. "They are banking that they can get more out than Freeport."

Encana closed at $25.69 (Canadian), up more than 4 per cent, on the Toronto Stock Exchange Wednesday, continuing a recent upswing.

Ms. Lau believes investors are pleased to see Encana making good on its strategy to focus on oil and natural gas liquids plays.

Encana will pay for the acquisition with cash on hand. It does not anticipate tweaking its capital plans for its existing five key areas, Mr. Suttles said.

The deal is expected to close in the second quarter and is effective as of April 1, 2014. There are three drilling rigs on the property now, and Encana expects to have four spinning by the end of the year.

Freeport-McMoRan, based in Phoenix, says it plans to put half the cash it receives toward paying down debt, and invest the rest in assets in the Deepwater Gulf of Mexico, and speed up the company's growth plans.

Encana is spinning off roughly 5.2 million acres of land into a new company, dubbed PrairieSky Royalty Ltd. Encana expects to rake in between $747.5-million and $861.3-million through the initial public offering, while retaining about 75 per cent of the new company.

Up until Tuesday's Eagle Ford announcement, the PrairieSky deal was the most significant strategic move Mr. Suttles has made since taking over last summer.

Last November, he revealed plans to focus on five plays in North America, down from about two dozen. Those include: the Montney in northeast British Columbia and northwest Alberta; the Duvernay in west central Alberta; the DJ Basin liquids play in Colorado; San Juan oil zone in northwest New Mexico; and the Tuscaloosa marine shale in Mississippi and Louisiana.

Encana buys a quick fix, not a permanent one
Subscriber content
May 7, 2014 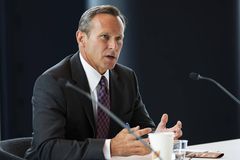 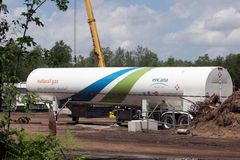