After months of quiet negotiation, energy giant Encana Corp. has agreed to buy a minority stake in a natural gas export project that is positioned to redraw Canada's energy map.

The company will buy a 30-per-cent interest in Kitimat LNG, a move observers said adds substantial credibility to a $4.7-billion project that would serve as the first major non-U.S. outlet for Canadian energy products.

"To get Encana to sign on really does endorse it as a viable alternative," said Chad Friess, an analyst with UBS Securities.

Encana joins the Canadian subsidiaries of Apache Corp. and EOG Resources Inc., which will now own roughly 40 per cent and 30 per cent of the project respectively.

But while both Apache and EOG have substantial Canadian land holdings in some of Canada's most prolific natural gas plays, their production pales in comparison with Encana. The first phase of the terminal is expected to load 700 million cubic feet of gas a day on tankers bound for Asia. Having Encana's volumes available helps firm the business case for the terminal, which could begin construction by next year and start shipping gas in 2015.

Encana's investment comes little more than a month after it signed a $5.4-billion partnership with PetroChina to develop some of its land in northeastern B.C. PetroChina has also been building a series of LNG import terminals along China's eastern coast.

But Encana spokesman Alan Boras said the two deals are "not connected."

Rather, Encana saw Kitimat "as an opportunity to serve the Asia-Pacific market, and the partners are looking at discussions with a number of potential customers in a variety of countries."

Exporting LNG is part of a multipronged Encana strategy to ease a gas supply glut so severe it is now expected to keep prices low for a decade or longer.

"We've been looking at a variety of ways to expand gas," Mr. Boras said.

The company is also pushing truckers to switch from diesel to gas and offering long-term contracts to electrical generators, in hopes of persuading them to switch from coal to gas-fired power.

Mr. Friess said Encana's desire to export its product - in hopes of profiting from much higher, oil-linked gas prices in Asia - is further proof the company does not believe a North American recovery will come any time soon. It's also evidence of how substantially Encana believes it can profit by exporting.

Exports would consume a substantial enough volume that it could affect how much natural gas is left to flow through traditional eastern-bound pipelines. And if less gas flows through those lines, pipeline transportation tolls will rise - which will cut into margins on product sold in North America. By supporting Kitimat, Encana appears to have decided it can make more abroad than it will lose at home, Mr. Friess said.

Encana, however, said British Columbia has plenty of gas to go around. The province's two hottest plays, the Montney and the Horn River, currently produce 2.8 billion cubic feet a day. That could more than double in the next seven to 10 years.

"This is more than sufficient to supply B.C., its current customers, and new markets opened by the Kitimat LNG export development," the company said in a statement.

Kitimat LNG's backers will spend much of this year engineering the facility, which could double its initial capacity if a second phase is eventually approved. Part of the final investment, expected in late 2011, will ride on the results of detailed cost estimates, which should conclude this year.

Early estimates suggest the export terminal will cost $3.5-billion. A 463-kilometre new pipeline to feed the terminal will run a further $1.2-billion. 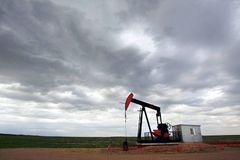