Nearly a year after the Copenhagen talks, energy executives are as uncertain as ever about the future of climate regulations and the development of market mechanisms to encourage the most efficient reduction of greenhouse gas emissions.

There is little expectation that world leaders will be able to conclude a binding treaty at a United Nations climate meeting in Cancun, Mexico, in November, a session that was meant to finalize a vague agreement-in-principle reached in Copenhagen late last year.

At a global energy conference Wednesday in Montreal, the former UN chief climate negotiator, Yvo de Boer, said global leaders should take a pragmatic approach to avoid getting bogged down in the political rancour that undermined the Copenhagen session.

He urged them to focus less on overall emissions targets and more on practical measures, including clear rules needed for the business community to invest in a lower-carbon future.

"What we need now is clear policy guidance from governments to business, including market-based mechanisms," said Mr. de Boer, who was executive secretary of the United Nations Framework Convention on Climate Change and is now an adviser with KPMG International.

Mr. de Boer, who pushed hard for a globally binding treaty last year, now says countries should reach smaller agreements among major emitters - a list that would include the United States and China - rather than wait for agreement from 194 UN members.

In the lead-up to the Copenhagen climate summit, governments in the U.S. and Canada were promising economy-wide cap-and-trade programs that would set limits on CO2 emissions and allow companies to buy and sell credits to facilitate low-cost compliance.

But U.S. President Barack Obama has been unable to get climate legislation passed by the Senate, and Prime Minister Stephen Harper has said Canada must wait for its largest trading partner before moving on any economy-wide approach.

He noted the government has already moved to increase fuel efficiency in cars - and will soon regulate heavy trucks, planes and trains. And he has announced a policy to phase out coal-fired electricity plants over the next couple of decades.

But Ottawa has not indicated any plan to impose caps or regulatory limits on the industrial sector, including the oil sands, which represent the fastest growing source of greenhouse gas emissions.

Certainty and stability are critical in order to get the private sector to invest the trillions of dollar needed over the next two decades to meet rising energy demand from the emerging markets while reducing reliance on carbon-intensive fuels, he said.

Many executives continue to call for some form of cap-and-trade and carbon tax that would impose a significant price on emissions in order to investment in low-carbon alternatives.

"The top priority must be CO2 pricing and ultimately that ought to happen globally," said Joan MacNaughton, senior vice-president with French-based Alstom SA, which constructs both fossil-based and renewable power plants worldwide.

Canadian oil companies are moving aggressively to invest in new emissions-intensive projects, most notably in the oil sands, in the absence of any federal rules on emissions. And critics worry that, by the time Ottawa acts, much of the planned oil sands expansion will have already been approved.

David Collyer, president of the Canadian Association of Petroleum Producers, said the industry "is not standing still" as it designs new oil sands projects.

"Clarity as to what the policy is going to look like is not there today - that's obvious. But the expectation that there will at some point be a policy and that we're going to have to keep working on greenhouse gas emissions is pretty clear."

He said companies are anticipating emissions regulations by investing in carbon capture and storage projects at the upgrading end of the oil sands business, and in reducing the energy needed to produce each barrel of bitumen.

He added, however, that the Canadian industry would oppose regulations that would limit expansion of the oil sands by eroding the projects' competiveness compared with rivals in Saudi Arabia, Venezuela or Nigeria.

The 194-member nations of the United Nations Framework Convention on Climate Change will meet in Cancun from Nov. 20 to Dec. 10. The meeting is officially known as the 16th Conference of the Parties, or CoP16.

At last year's the CoP15 meeting in Copenhagen, leaders committed to transform a political agreement into an international treaty, to be concluded at Cancun. That goal is now seen as unachievable, and hopes are being set on South Africa at the end of 2011.

Negotiators are working on "building blocks" for an eventual treaty. They include a deal on market mechanisms, reforestation and deforestation, and a financial agreement under which developed countries would transfer $100-billion to poorer countries to help them reduce emissions and prepare for the impact of climate change.

Unlike Copenhagen, which drew scores of presidents and prime ministers, leaders are not planning to attend Cancun, but will leave the negotiating to their environment ministers. 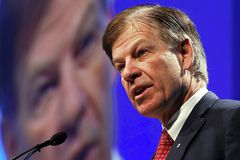 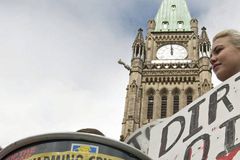 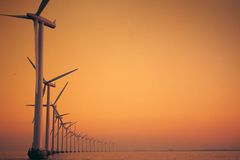 Opinion
Unpaid environmental costs distort trade
August 25, 2010
Follow Shawn McCarthy on Twitter @smccarthy55
Report an error Editorial code of conduct
Due to technical reasons, we have temporarily removed commenting from our articles. We hope to have this fixed soon. Thank you for your patience. If you are looking to give feedback on our new site, please send it along to feedback@globeandmail.com. If you want to write a letter to the editor, please forward to letters@globeandmail.com.
Comments