Alberta's oil and gas industry is on tenterhooks as it awaits the findings of the province's royalty review.

A four-member panel has spent the past five months examining how the province charges energy firms to extract resources.

Premier Rachel Notley will announce a new royalty framework in Calgary on Friday based on the panel's recommendations.

Energy Minister Marg McCuaig-Boyd has said if there are any changes to the royalty system, they wouldn't take effect until the beginning of next year so that companies have time to adjust.

Mark Scholz, head of the Canadian Association of Oilwell Drilling Contractors, says royalty rates should be reduced to offset the higher carbon costs.

His group represents companies hired by oil and gas producers to drill wells – business that's dried up because of the collapse in crude prices.

"We're not talking about growth anymore. We're talking about survival for a lot of service companies," said Scholz. "Competitiveness in today's market is absolutely paramount."

Mark Salkeld, head of the Petroleum Services Association of Canada, said the industry is on "pins and needles" ahead of the announcement.

"Industry's anxious to get this one past us and move on. Industry didn't really want the royalty review to happen, but kind of understood that with the new government, they had to follow up on their promises."

Both Scholz and Salkeld said they felt they had a fair hearing from the panel and said the process was better run than the 2007 review.

The 2007 report, Our Fair Share, recommended the province increase its take. The government of former premier Ed Stelmach accepted the report's recommendations in part.

At the time, a barrel of oil was just above $89 (U.S.). Nonetheless, industry players were furious and vowed to take their investment elsewhere.

After the 2009 oil bust, the government launched a "competitiveness review" and many of the royalty changes were essentially undone.

Our Fair Share panel member Evan Chrapko was on the receiving end of a lot of the hostility in 2007. He said too many people still think of royalties as a "greedy penalty charged by the owners of the resource" rather than a reasonable cost of doing business, such as groceries for a restaurant. He said royalties shouldn't be made so low that they effectively act as a subsidy.

"We're Albertans," he said. "We shouldn't be guaranteeing profits by doling out corporate welfare to the tune of billions of dollars."

Ted Morton, a former Progressive Conservative provincial minister of finance and energy, said he's not expecting to see much in the upcoming report that will anger the industry.

"I would guess that the royalty review report has been rewritten about every two weeks for the last 10 weeks as the price of oil dropped. And we're at the point now where there's frankly nothing left to take," said Morton, now a professor at the University of Calgary's school of public policy.

"I think the premier and her ministers realize that, so I expect very minimal impact in the short term."

Morton said political capital has also been exhausted. For instance, he said the NDP's climate plan has not seemed to quell pipeline opposition.

"Premier Notley's charm offensive on the pipelines doesn't seem to be working and, politically, she can't afford to fail the industry a second time." 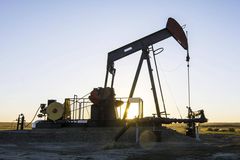 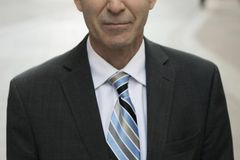 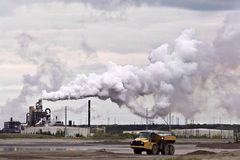