Canada's offshore oil sector is emerging as a major battleground as the Liberal government moves to overhaul the country's environmental-assessment rules, with oil companies and the fishing industry at odds over the role of the federal-provincial petroleum boards.

With Parliament set to resume next week, Liberal ministers are poised to table long-promised legislation they say is needed to restore Canadians' confidence in the regulatory system and protect the environment while ensuring good projects receive timely approvals.

Environment Minister Catherine McKenna will introduce amendments to the Canadian Environmental Assessment Act, which was overhauled in 2012 by the former Conservative government amid complaints from Liberals and New Democrats that environmental protections had been gutted. The Liberals say they will rebalance the process by providing more transparency and citizen participation, by making better use of science to address impacts as well as the cumulative effects of development, and by partnering with Indigenous people.

Fisheries groups and environmentalists on the East Coast are urging Ottawa to keep the federal-provincial regulatory boards out of environmental-assessment reviews for offshore exploratory drilling, saying those bodies are in a conflict of interest because they are charged with promoting development. Oil companies argue the Canadian Environmental Assessment Agency (CEAA) – which currently reviews exploration plans – lacks the necessary technical expertise and should work in tandem with the offshore boards to ensure speedy approvals.

BP PLC submitted an exploration plan for the Nova Scotia offshore to CEAA some 28 months ago and is still awaiting the agency's recommendation to the minister, who must then make a final determination. BP had planned to start drilling this year and complete as many as seven wells in the Scotian Basin, more than 230 kilometres southeast of the coast.

In a letter to Prime Minister Justin Trudeau, the Halifax-based Offshore Alliance said the overhaul of environmental-assessment processes – as it relates to offshore development – should focus on the health of the ocean, not the needs of the oil industry. In a discussion paper released last summer, the federal government suggested it would have a single review for major offshore projects, run jointly by the CEAA and the two offshore boards in Nova Scotia and Newfoundland and Labrador.

However, the Offshore Alliance said the boards are "totally unsuited" to conduct environmental reviews of exploration and production projects.

"On the contrary, they are advocates for hydrocarbon resource development," Mark Butler, policy director for Halifax-based Ecology Action Centre, said in the letter on behalf of the group. "They consist of unelected, political appointees and oil-industry veterans. … They are not equipped to assess risk either to the environment, or to the hundreds of coastal communities economically dependent on our renewable ocean resources."

Paul Barnes, vice-president of the Canadian Association of Petroleum Producers, said the industry would like to see CEAA work in partnership with the two offshore boards which have greater technical expertise.

"They're located in Newfoundland and they know our business," Mr. Barnes said of the Canada-Newfoundland and Labrador Offshore Petroleum Board. "We're hoping there will be some designated role for the board if they're not named the full regulatory agency."

Five projects produced more than 230,000 barrels a day of crude at the end of 2017, with newly commissioned Hebron development just ramping up. Several companies have drilling plans for further exploration, both around existing projects and in new basins.

Mr. Barnes said Ottawa needs to ensure there are defined timelines with the approvals process, and clear rules on what citizens can participate in the process, including where Indigenous communities have an interest when drilling is proposed for the Gulf of St. Lawrence.

In addition to the Canadian Environmental Assessment Act, the Liberals will introduce amendments to the National Energy Board Act. Among other changes, CEAA and the National Energy Board will be jointly responsible for environmental assessment of major energy projects instead of the NEB alone. The government will also amend the Fisheries Act and the Navigable Waters Protection Act to reverse some of the changes made by the Conservatives five years ago. 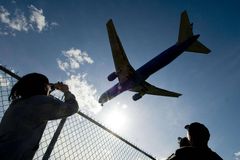