TransCanada Corp. says construction of its proposed 1.1-million-barrel-a-day Energy East pipeline won't increase crude production in Western Canada, as it fires back against environmental critics of the project.

In the latest challenge to the industry's pipeline plans, environmental advocacy group Pembina Institute released a report Thursday that concluded the extraction of crude needed to fill the Energy East line would result in an additional 34 million tonnes annually of carbon dioxide emissions, and urged Ottawa to include that impact in the National Energy Board's review.

But TransCanada spokesman Shawn Howard said the approval of the pipeline will not directly affect production levels in the oil sands. In doing so, he echoed the U.S. State Department's review of the company's proposed Keystone XL pipeline, which concluded that one project is unlikely to have a significant impact on the rate of production from the oil sands.

"Energy East will not substantially affect the rate of extraction or combustion of Canadian oil sands crude and its global impact," Mr. Howard said. He added that the pipeline would ship an as-yet undetermined mix of diluted bitumen, upgraded synthetic crude and light oil from Western Canada to refineries and export terminals in Eastern Canada.

"It will mean we are using Canadian oil to serve those markets and pushing out heavy and light blends of crude from international sources – which isn't as safe, comes from places where [they] don't have the environmental regime in place we do here and results in more [greenhouse gas emissions] to get the product to that same refinery," he said.

Industry executives as well as federal and provincial governments have all argued that there's a need for all the proposed pipelines to access new markets and support the planned tripling of production in the oil sands by 2030. Critics argue that it is not credible to assert that the pipeline approvals are unrelated to the pace of investment and production growth, or that rail can fill the gap if major projects are denied.

Ottawa and Alberta do consider greenhouse gas (GHG) emissions when they review plans for new oil sands mines or in situ projects, though not for pipelines. Janet Annesley, vice-president of the Canadian Association of Petroleum Producers, slammed the Pembina report saying it was written with a "foregone conclusion in mind" and was therefore "inconsistent with that of a credible research organization."

"The Pembina Institute's entire premise conveniently ignores market realities and tailpipe emissions as the main source of GHG emissions associated with oil, and is therefore biased and flawed," she said.

TransCanada expects to open the pipeline from Alberta to New Brunswick in phases over the next few years with delivery of crude oil to Quebec expected by the end of 2017 and to the refinery and export terminal in Saint John by the end of 2018.

The company is expecting that regulatory approval will be granted by the National Energy Board at the end of next year, and construction would begin in 2016, Steve Pohlod, the president of the Energy East Pipeline project, told a crowd Wednesday evening in Halifax.

Since it was announced last August, Mr. Pohlod said the company has held 62 open houses across Canada and spoken to 185 First Nations groups and 6,000 landowners with whom it is negotiating land access. 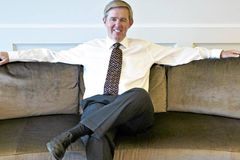 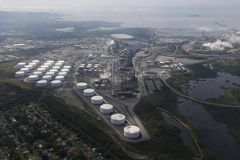 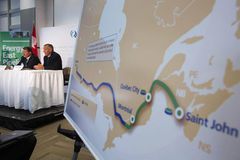 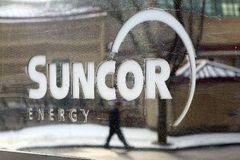