The government of Alberta, home to the bulk of Canada's oil sands, has written to European Union experts voicing "grave concerns" over the bloc's plans to rank unconventional oil as a highly polluting fuel saying the measure is unfair and a potential threat to trade ties.

"The proposed measure has been deliberately crafted in such a way as to discriminate specifically and uniquely against oil sands derived fuels," said a copy of the letter seen by Reuters.

"Alberta believes that the Fuel Quality Directive implementing measure as it currently stands would be incompatible with the EU's international trade obligations."

The oil sands debate coincides with difficult talks between Canada and the EU on a proposed free trade deal. The two sides have yet to agree on a range of issues, including intellectual property and market access for agricultural goods.

A committee of EU government experts meets in Brussels on Tuesday for a debate – and possible vote – on a proposed green ranking of fuels, designed to enable suppliers to identify the most carbon-intensive options.

The proposed ranking assigns tar sands a default greenhouse gas value of 107 grams of carbon per megajoule, making it clear to buyers it has a greater climate impact than conventional crude oil, whose value is 87.5 grams, EU sources said.

The letter on behalf of the Alberta government – signed by its United Kingdom office and sent to all 27 members of the expert committee – argues there is no scientific reason to single out Canada's oil sands from other crude sources.

It says across the entire oil sands process, greenhouse gas emissions are no greater than for other crudes, and accuses the European Commission of a lack of transparency.

"The Commission has never fully disclosed the methodology used to develop these values and they do not agree with the preliminary analysis of outside experts," it said.

EU Commission sources have said the measures do not only label Canadian oil sands as carbon intensive, but also those from Venezuela, and take account of emissions across the entire life-cycle of a fuel.

In addition, they have said two of the other unconventional fuel sources have higher values than oil sands. They are oil shale at 131.3 and coal-to-liquid at 172.

The EU green fuel ranking represents the final plank of legislation introduced in 2008, when the EU agreed to reduce the carbon intensity of its transport fuels by 6 per cent by 2020.

That is part of a wider target to reduce EU carbon emissions by 20 per cent by 2020.

A decision on whether to include tar sands in the ranking was delayed after Canada previously said the EU's standards to promote greener fuels would harm the market for its oil sands.

If the draft EU measures are approved by the committee on Tuesday, the European Parliament has three months to pass or reject them. If rejected, the Commission can submit a revised proposal. If there is no vote, the committee will meet for further debate.

Meanwhile, legal advisers to the EU's executive said European Union proposals to rank Canadian oil sands as a highly polluting fuel can probably be defended if Ottawa challenges the move at the World Trade Organization (WTO).

"The Commission's Legal Service has provided reassurance that the greenhouse gas methodology set out in the implementing directive... may probably be defended in the case of a challenge before the WTO," said a letter sent to EU government experts by the bloc's executive, seen by Reuters on Friday.

The Commission letter said legal advice showed the proposal is science-based and non-discriminatory, but that even if WTO authorities disagreed, it would claim a derogation under global trade rules designed to conserve finite natural resources to defend the plan. 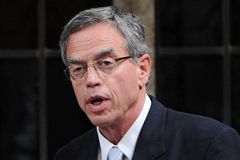 Alberta's government spin agency may be in for overhaul
October 14, 2011 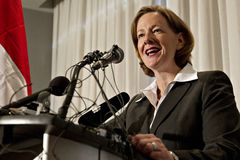 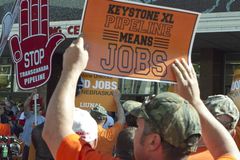