The global financial system faces a growing risk from the world's response to climate change that will "strand" fossil-fuel assets, including much of Canada's oil-sands reserves, former U.S. vice-president Al Gore said on Thursday.

Mr. Gore was speaking at a session at the Paris climate summit on the long-term carbon-asset risk. The British financial think tank Carbon Tracker released a report there that concluded $2-trillion (U.S.) in coal, oil and natural-gas reserves will be uneconomical if the world succeeds in keeping the temperature increase to two degrees Celsius.

Canada's industry is particularly vulnerable because it has high-cost production, Carbon Tracker said. It forecast that about $220-billion worth of the country's fossil-fuel reserves would be "stranded" in a two-degree world. Oil-sands producers and companies proposing to build liquefied natural gas plants in British Columbia will find it difficult to compete with low-cost suppliers around the globe as climate policies drive down demand for fossil-based energy, James Leaton, co-author of the report, said in an interview.

Mr. Gore said the financial community has yet to adequately assess the climate risk, even as the world is moving more quickly than many realize to reduce the demand for fossil fuels and expand the investment in renewable energy that will cut the demand for coal and oil, in particular.

"Investors need to look at the pattern that is unfolding, lest they be trapped holding stranded assets," he said.

Mr. Gore credited Canada – and Ontario, Quebec and Alberta in particular – with pursuing carbon-pricing approaches that will reduce the demand for fossil-fuel energy. His kudos underscores the dramatic change in tone that climate activists have taken toward Canada since Liberal Prime Minister Justin Trudeau was elected with a promise to work with provinces on a more aggressive strategy, and since Alberta Premier Rachel Notley introduced plans for a provincial carbon price and hard cap on greenhouse-gas emissions from the oil sands.

Given the current technology, the two-degree goal looks to be out of reach, analysts for British-based consultancy Wood Mackenzie said on Thursday. As a result, the threat to fossil-fuel producers is far less than Carbon Tracker's forecasts.

Under a carbon-constrained scenario, Wood Mackenzie projects that the demand for coal would fall by up to 50 per cent by 2035, the consumption of crude oil would drop 10 to 15 per cent, and the use of natural gas would actually grow by a third.

Negotiators conclude their first week of talks Friday and will hand off to ministers from 195 countries to reach a deal by next Friday's deadline. Speaking on background, a senior Canadian official said progress is being made, but it is slow and there remains disagreement on some key issues, including rich-world financing for poor countries to cope with climate change, and the transparency regime required to ensure countries are living up to their commitments.

On Wednesday, a group of 77 developing countries – led by China and India – warned that rich countries were trying to water down their financing commitments, and said such an attempt could threaten the outcome. The statement from the Group of 77 and China said there must be "a substantial scaling up of finance" from $100-billion in 2020, and that developed countries bear "the main responsibility" for the funding.

U.S. negotiator Todd Stern played down the apparent rift on Thursday, saying the Americans remain committed to financing and that China has already indicated its willingness to provide aid to poorer countries. Mr. Stern said the Americans are also determined to include "legally binding" commitments by all countries to international monitoring and verification that they are following through on their emission-reduction policies and commitments.

Premier Greg Selinger's New Democratic Party government, which faces an election in April, said Manitoba will aim to cut emissions by one-third by 2030 from 2005 levels.

The province, which has an economy that depends on farming, manufacturing and mining, will seek to be carbon-neutral by 2080, Mr. Selinger said.

Manitoba will also cap carbon emissions for certain sectors, and link its cap-and-trade system with others in North America, the government said.

Among the province's largest emitters are Koch Industries Inc. fertilizer plant, a Husky ethanol plant and a Winnipeg garbage dump, according to 2013 Environment Canada data. 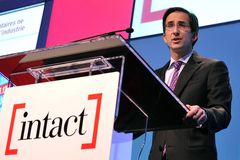 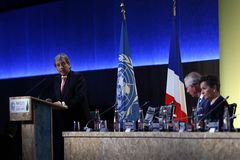 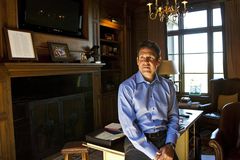 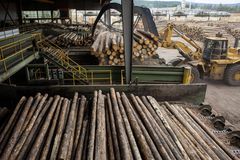