First Quantum Minerals Ltd. is not wasting any time.

Just as it was securing more than 90 per cent of Inmet Mining Corp. shares under its $5.1-billion hostile takeover, the Vancouver-based company suspended engineering contracts with SNC-Lavalin Group Inc. and other partners at Cobre Panama, the massive copper project that was the main target of the acquisition.

"The value of the suspended and terminated work was worth approximately $120-million in anticipated services revenues," Montreal-based SNC-Lavalin said in a statement late on Tuesday, as it announced that it had taken the Cobre Panama project off its books.

It did not state the value of business affected at its joint venture partners GyM SA, a Peruvian construction company, and Italian-Argentine steel and engineering group Techint International Construction Corp.

First Quantum acquired Cobre Panama, one of the world's largest undeveloped copper projects, after a six-month takeover campaign that turned hostile in December and during which the company pledged to slash costs at the open pit operation by employing in-house expertise rather than engineering, procurement, and construction management (EPCM) firms.

At one point, the company said it might cut as much as $1-billion off the current $6.2-billion in estimated development costs of the Panama copper mine, which will be the largest ever in Central America and contribute as much to GDP as the namesake Panama Canal.

First Quantum announced the successful completion of the takeover on Tuesday, after 92.74 per cent of Inmet shares were tendered to the cash-and-stock offer, worth about $72 a share when it was made in December. They will take up the remaining shares by way of compulsory acquisition.

"The deal hasn't closed yet and here they are, in essence making good on some of their initial promises with regards to that project development," said John Hughes, an analyst with Desjardins Securities Inc. in Toronto. "It's good to see that they are confident enough to come in very early and start making some significant changes."

The company has had a team on site in Panama since the acquisition became official last week, although it has said it will be three to six months before it can say how much it will save in building the mine, which is expected to produce some 300,000 tonnes of copper per year after it comes on stream in 2016.

Previously it has said it will focus its cost-cutting efforts on indirect costs at the mine, which are as high as $2.5-billion. Direct costs are harder to tackle because they have been mostly contracted out already, locking up some $4-billion in spending commitments.

First Quantum points to its $2-billion Sentinel copper mine in Zambia, of similar size to Cobre Panama, as evidence of its cost-cutting prowess.

SNC-Lavalin said on Tuesday it received a notice of suspension from Minera Panama SA, a subsidiary of Inmet, relating to the majority of the work to be performed under its EPCM contract for the Cobre Panama copper mine.

"Obviously, they are taking the grassroots design and construction out of the hands of contractors and bringing that work in-house, which is what they had always told the world they were best at doing, and certainly have proven that in the past in terms of previous development," said Mr. Hughes, the Desjardins analyst. 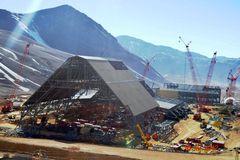 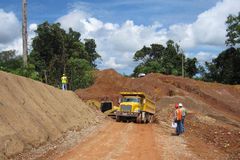 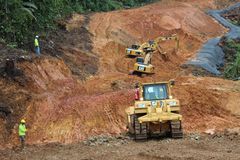