It's prime time for the companies that specialize in providing money to cash-strapped miners.

These businesses offer funds today in exchange for metals tomorrow. With most commodities trading far below their boom-era highs of four years ago, the cash-for-production swap has become a vital elixir for mining companies struggling to cope with debt hangovers from happier days.

So-called "streaming" companies, such as Silver Wheaton Corp., Franco-Nevada Corp. and Royal Gold Inc., have signed a flurry of deals in recent months with many of the world's largest miners.

The details vary but the common pattern is that the streaming company pays cash to the miner now in exchange for the rights to buy future streams of metals at prices well below market levels.

Skeptics ask whether the mining sector is selling off its future in exchange for a quick hit of cash.

But in a market where investors are less than eager to bankroll miners, many producers have limited options. They're turning to streaming deals in increasing numbers.

"This market is the strongest we've seen in terms of opportunities in the 11 years we've run this company," said Randy Smallwood, chief executive officer of Silver Wheaton. He added that it's being driven by the extreme financial pressure being felt by many miners in an environment where many commodity prices have been in free-fall since 2011.

The growing acceptance of streaming was demonstrated by Silver Wheaton's announcement after markets closed on Tuesday that it had signed an agreement to pay $900-million (U.S.) to Glencore PLC, the giant miner-cum-trader, in exchange for a silver stream from the Antamina mine in Peru.

A few weeks before, Franco-Nevada had signed a similar deal in which it agreed to pay $610-million to Teck Resources Ltd. in exchange for another silver stream from the same Antamina mine, which is jointly owned by four large miners.

Other major deals since the start of July include two by Royal Gold. In one, the company purchased a gold stream from one of Teck's Chilean mines for $525-million; in the other, it agreed to buy a gold stream from Barrick Gold Corp.'s mine in the Dominican Republic for $610-million.

Streaming companies say their deals are mutually beneficial. Many miners are hard up against their borrowing limits and simply can't go further into debt. Nor can they easily sell stock given investors' bleak outlook for the sector.

In exchange for providing a miner with much-needed cash, streaming companies get access to dependable supplies of metal without the headache of actually having to mine the stuff. They bear far less operational risk than actual producers. In addition, because they typically buy rights to a certain percentage of a mine's output, they share in the upside if a resource proves to be bigger than initially expected.

However, not everyone is convinced that the trend toward streaming – or somewhat similar royalty deals – is a good thing for the mining sector as a whole. "I see the sale of a royalty or stream as very detrimental to the profitability of a producer," said Rob McEwen, CEO of McEwen Mining Inc.

The shares of streaming and royalty companies have far outperformed the shares of producers in recent years, clearly demonstrating who is getting the better of the deal, he said.

"As metal prices drop and margins shrink, these streams or royalties come right off the top and put extreme pressure on your profit margins," Mr. McEwen said.

But while miners may not like the long-term impact of streaming, most observers say they have little choice given the lack of other financing options.

The biggest cloud hanging over the streaming sector in Canada is the question of how it will be taxed.

Canada Revenue Agency (CRA) has notified Silver Wheaton that it is reassessing its returns for 2005 to 2010 and is seeking more than $200-million (Canadian) in back taxes.

The question is whether much of Silver Wheaton's income should have been taxed in Canada rather than in foreign jurisdictions where the company operated subsidiaries, said Erik Goldsilver, a partner at the law firm of Borden Ladner Gervais in Toronto, who works with many mining clients.

"It could potentially be a very big tax bill," Mr. Goldsilver said, adding that an unfavourable decision would not be a fatal blow either for Silver Wheaton or for Canada's streaming industry. In fact, he said, "there's a pent-up demand for deals" because of miners' large need for financing.

Silver Wheaton's Mr. Smallwood said the company stands by its policies and will vigorously contest the CRA assessment in court. "We will defend ourselves and we believe the law is very clear." 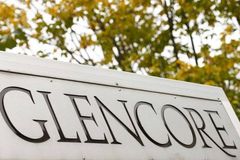 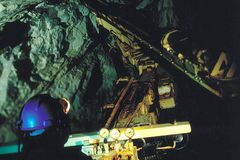